FreeThe5KH, five Cambodian defenders who have been arbitrarily detained since 28 April 2016, Karla Avelar, a Salvadorian transgender woman – and recent ISHR trainee – who has dedicated her life to defending the human rights of LGBTI persons, and Mohammed Zaree, the Egypt Office Director of the Cairo Institute for Human Rights Studies who is under a travel ban, were short-listed for the prestigious award by a jury composed of representatives of leading international human rights NGOs.

‘The work of each of the final nominees is representative of the courageous work of so many human rights defenders to champion the rights of victims and the vulnerable, to document and expose violations, and to promote accountability for perpetrators,’ said ISHR Director and Martin Ennals Jury member Phil Lynch.

‘The situation of each of the final nominees – imprisoned, threatened, or banned from traveling – is also representative of the grave risks facing so many human rights defenders around the world. Like so many defenders, each of the final nominees has paid an unacceptable cost for challenging authoritarianism, and for speaking out for good governance, human rights and the rule of law.’

The Martin Ennals Award seeks to honour defenders’ courageous work and shine a light on their precarious situation. 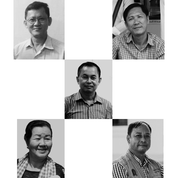 Mr Ny Sokha, Mr Yi Soksan, Mr Nay Vanda, Ms Lim Mony and Mr Ny Chakrya are also known as the Khmer Five. In connection with their work with the Cambodian Human Rights and Development Association (ADHOC), they have been in pre-trial detention for one year already. This comes in the context of an increasingly severe crackdown on civil society and the political opposition in Cambodia.

On behalf of the Khmer Five, Thun Saray stated: ‘It is an immense honour for the five to be selected as finalists. The increased attacks against human rights defenders and activists has had a tremendous impact on those working to promote and protect human rights in Cambodia. This award is a symbol of encouragement for every courageous Cambodian, who continues to speak out against injustices and human rights violations. I would like to express my deepest gratitude to everyone that has supported the nomination.’

A transgender woman in El Salvador and recent ISHR trainee, Karla Avelar grew up suffering discrimination, violence, exploitation, and rape. She was imprisoned when she defended herself, and then regularly abused by fellow prisoners with the knowledge and even participation of the prison authorities. 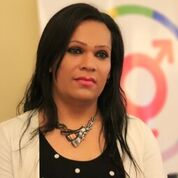 With three others, she founded COMCAVIS TRANS, which was created to represent, defend, and promote the human rights of LGBTI persons, with a focus on those living with HIV, as she does. She works to change legislation and the authorities’ practices, by holding them publicly to account. Notably her advocacy helped prompt the authorities to segregate LGBTI prisoners for their own safety, and allow for the standard HIV treatments provided by the Ministry of Health. She is continuously exposed to serious threats in her neighbourhood.

She said: ‘I want to thank Martin Ennals, the jury, and those who nominated me for this important award. Although today I am in danger, and sure that my struggle is risky, my eagerness for justice and equity motivates me. I will continue to push the State to accept reforms and legislation proposed by civil society to allow the LGBTI community to fully enjoy their human rights’. 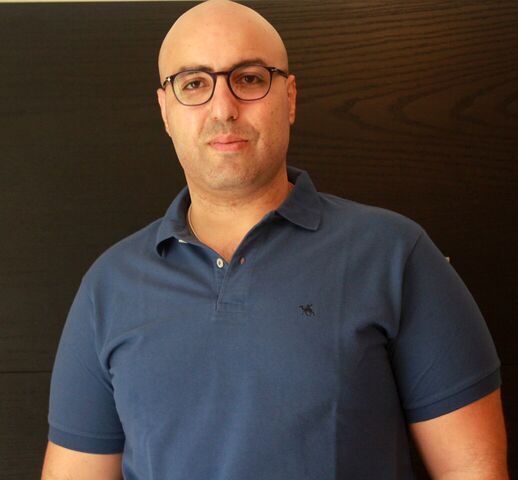 As the Egypt Country Director for the Cairo Institute for Human Rights Studies (CIHRS), Mohammed Zaree is responsible for CIHRS’s legal research, media outreach and national advocacy. CIHRS’s work is highly influential in the Arab world particularly Egypt, which resulted in death threats to its director. This forced the CIHRS executive director and regional staff to move abroad to continue their work. Mohamed chose to stay in Egypt and is now banned from travel. He is widely seen as a unifying figure bringing together the human rights community in Egypt to advocate with a common approach.

He stated: ‘Our hopes were high following the Egyptian revolution in 2011. We don’t know how the situation has instead deteriorated to such an extent. Today, we are battling human rights violations that are worse than before 2011, and challenging the normalisation and acceptance of these atrocities. Killing almost 1000 citizens in few hours, arresting almost 40,000 others, innocents dying in Egyptian prisons: this is not the norm and we will not allow it to become so. We human rights defenders are fighting these abuses at risk of indefinite imprisonment’.

The Final Award will be announced at a ceremony in Geneva on 10 October 2017.

On Wednesday 7 December, ECOSOC Member States will be asked to vote on the accreditation of 9 NGOs that have been arbitrarily blocked from UN participation, including one that has been blocked for 15 years - the longest in the history of the institution.