Update: We did it! On Thursday 7 April, a two-thirds majority of States at the United Nations General Assembly voted in favour of suspending Russia’s membership of the UN Human Rights Council.

Learn more about this campaign win! 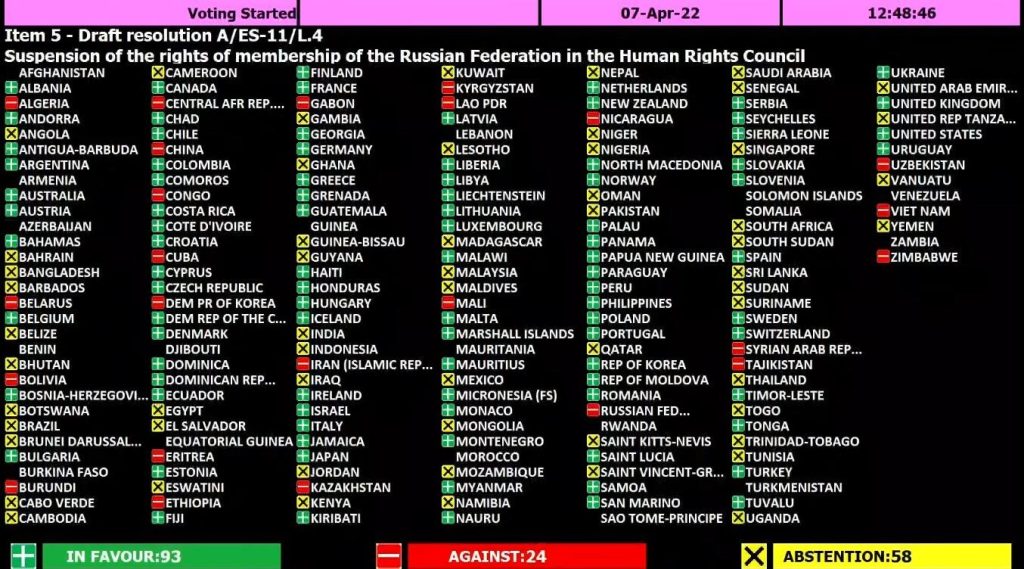 On 24 February 2022, Russia invaded Ukraine and initiated an illegal war of aggression. This has been associated with massive human rights violations. This calls into question Russia’s continued membership and voting rights in the UN Human Rights Council (HRC), the body charged with upholding human rights globally. ISHR and partners are calling on the UN General Assembly to uphold the integrity of the HRC as a body and suspend Russia’s membership.

"Russia has started a war against Ukraine which has destroyed the international system of peace and security. This war causes daily pain, suffering and death to civilians, as Russia commits war crimes as a method of warfare. Against this background, Russia's participation in the Human Rights Council looks like an evil mockery and undermines the trust of people around the world in the UN. In addition, it legitimises Russia's actions and makes those States that do not take action to suspend Russia’s HRC membership tacit accomplices in the destruction of human rights and the rule of law."

Oleksandra Matviychuk, Chair of the Ukraine Center for Civil Liberties and recipient of the 2016 OSCE Democracy Defender Award

There is a growing international concern that Russia’s war with Ukraine is undermining international standards and core civilian protection norms and human rights as well as the multilateral institutions tasked with upholding it. This is not only the case with the UN Security Council where Russia is a permanent member and has exercised its veto to block censure on the conflict, but it is also affecting other bodies of the UN where Russia is an active member, notably the HRC which has recently appointed an independent international commission of inquiry to investigate and promote accountability for human rights violations and abuses associated with Russia’s aggression against Ukraine.

Russia is responsible for widespread and systematic human rights violations. We want the General Assembly of the United Nations to suspend Russia’s membership to the Human Rights Council, as envisaged by OP8 of General Assembly resolution 60/251. It is difficult to conceive of a more clear cut case for suspension than a member that flagrantly violates the UN Charter, aggressively invades a sovereign State, and perpetrates massive human rights violations, some of which amount to war crimes and crimes against humanity. Russia’s membership is a stain on the Council’s institutional integrity.

We call on the General Assembly to act urgently to suspend Russia’s membership of the UN Human Rights Council for 4 key reasons:

"In close coordination with Ukraine, European countries and other partners at the UN, we are going to seek Russia’s suspension from the UN Human Rights Council".

Linda Thomas-Greenfield, US Ambassador to the UN, 4 April 2022

Support the campaign on Twitter and call on the member States of the General Assembly to suspend Russia from the UN Human Rights Council:

If you’re an NGO, add your name to the list of 50 organisations already supporting this call:

Fill in this form!

"We stand in solidarity with the people of Ukraine"

The UN General Assembly is empowered to suspend the rights of membership of a member of the HRC in circumstances where that State is committing gross and systematic human rights violations. This requires the adoption of a resolution by the General Assembly by a two-thirds majority of States present and voting, with only yes and no votes counting for this purpose. In other words, the total number of States voting yes in favour of suspension must be two times more than the total number of States voting no against suspension. The most recent vote at the General Assembly on the humanitarian crisis in Ukraine was adopted with 140 yes votes and 5 no votes (that is, almost 30 times more yes than no votes).

There is overwhelming evidence that Russia is responsible for gross and systematic human rights violations in Ukraine, some amounting to war crimes and crimes against humanity, including the deliberate or indiscriminate targeting and killing of civilians, as well as the deliberate or indiscriminate targeting and destruction of hospitals, schools, apartment buildings and homes. Russia’s violations have given rise to a humanitarian catastrophe in Ukraine.

The UN Human Rights Office has verified the killing of at least 1104 civilians, including at least 96 children. The UN refugee agency has reported that over 3.7 million people have been forced to flee Ukraine and seek refuge outside the country, while a further 6.5 million people are displaced within the country. The World Health Organisation has documented at least 64 attacks on health care facilities. The invasion itself clearly amounts to the crime of aggression and a flagrant violation of Ukraine’s territorial integrity and sovereignty, as well as the fundamental purposes and principles of the UN Charter.

In Russia itself, authorities have engaged in gross and systematic violations aimed at silencing and punishing any criticism of the war. These violations include the arbitrary arrest and detention of over 15,000 peaceful protestors, the repression of civil society, the censorship and silencing of independent media, and the criminalisation of the exercise of the rights to freedom of expression, association, assembly, or public participation.

No member State of the Human Rights Council has a perfect human rights record, and a number of current members of the Council are responsible for widespread violations. However, the scale and gravity of Russia’s violations, the overwhelming and indisputable evidence that Russia is committing the crime of aggression, war crimes, crimes against humanity and other serious violations, all in violation of the UN Charter and the territorial integrity and sovereignty of another State, make it a very distinctive contemporary case.

While there are other States that are currently HRC members that have arguably been responsible for gross and systematic human rights violations in the context of the unlawful use of force within or against another State in the past, these acts occurred prior to the establishment of the HRC with its requirements for membership and procedure for suspension.

Russia is responsible for gross and systematic violations, including atrocity crimes, right now and the UN General Assembly has a responsibility to act, right now. The General Assembly’s action or inaction in the present case will determine both whether the Human Rights Council membership criteria established by consensus by in 2006 remains valid or is completely devoid of meaning, as well as whether a member of the P5 should comply with international law or be given complete impunity for violations of international human rights law, international humanitarian law, and the UN Charter itself.

The suspension of Russia’s rights of membership at the Human Rights Council would not in any way impede efforts at bilateral or multilateral dialogue to end the war, nor reduce or remove avenues towards accountability.

Suspension does not equate to expulsion or exclusion. The suspension of Russia’s HRC membership rights would merely mean that Russia does not enjoy the privileges of membership of the 47 member body and cannot propose or vote on resolutions or amendments at the HRC, putting Russia on an equal footing with the other 146 observer states at the HRC. Russia would still be subject to, and able to participate in, all HRC meetings, mechanisms and processes on the same basis as all other non-member states.

The sole question for the General Assembly is whether Russia should be entitled to continue to exercise the privileges of HRC membership in circumstances where it is in clear breach of membership criteria and, moreover, where to maintain their membership rights would: 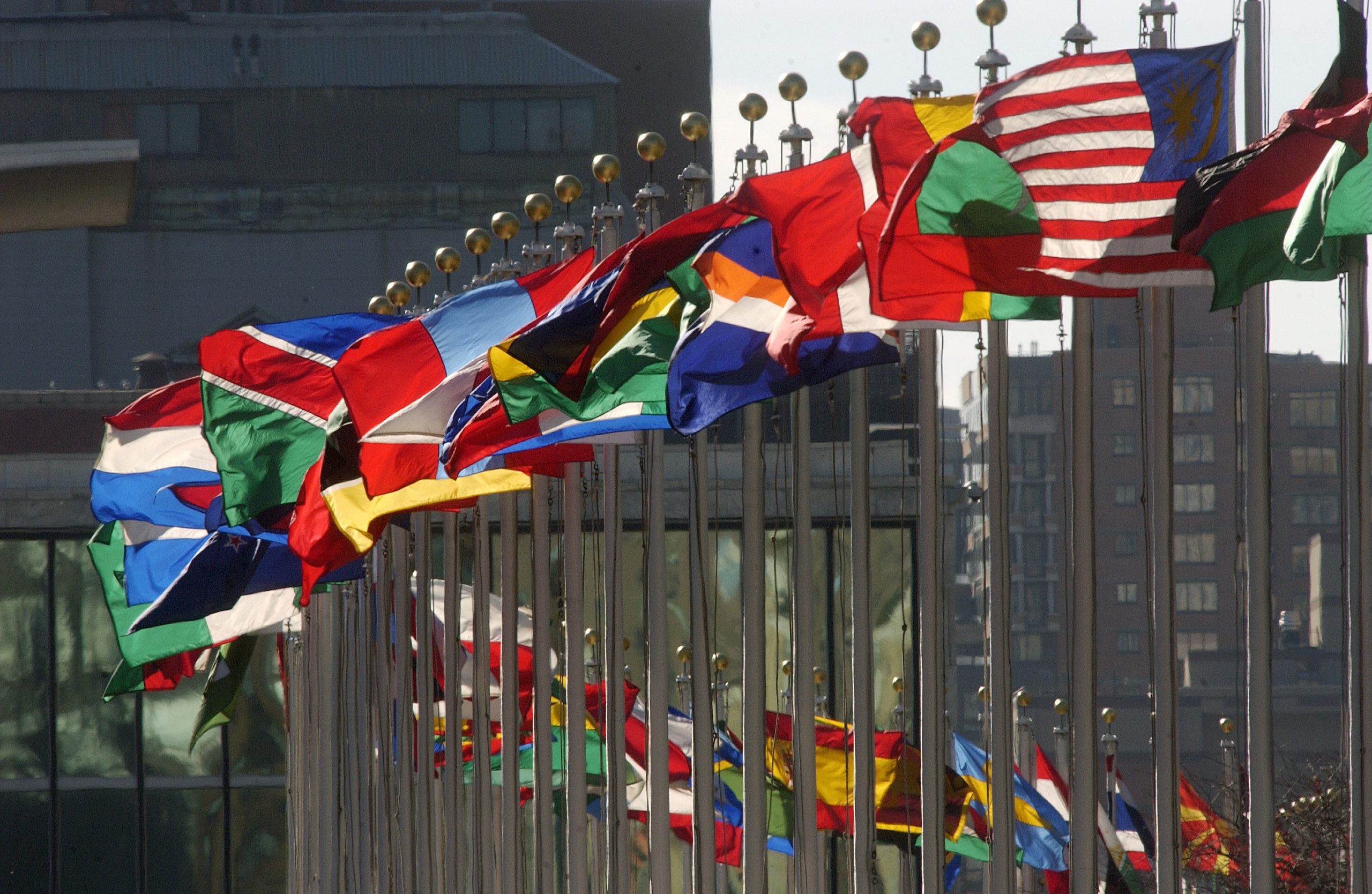 The UN General Assembly has a responsibility to act to suspend Russia's rights of membership of the Human Rights Council, both to uphold the Council's institutional integrity and to avoid entrenching impunity for gross and systematic human rights violations. 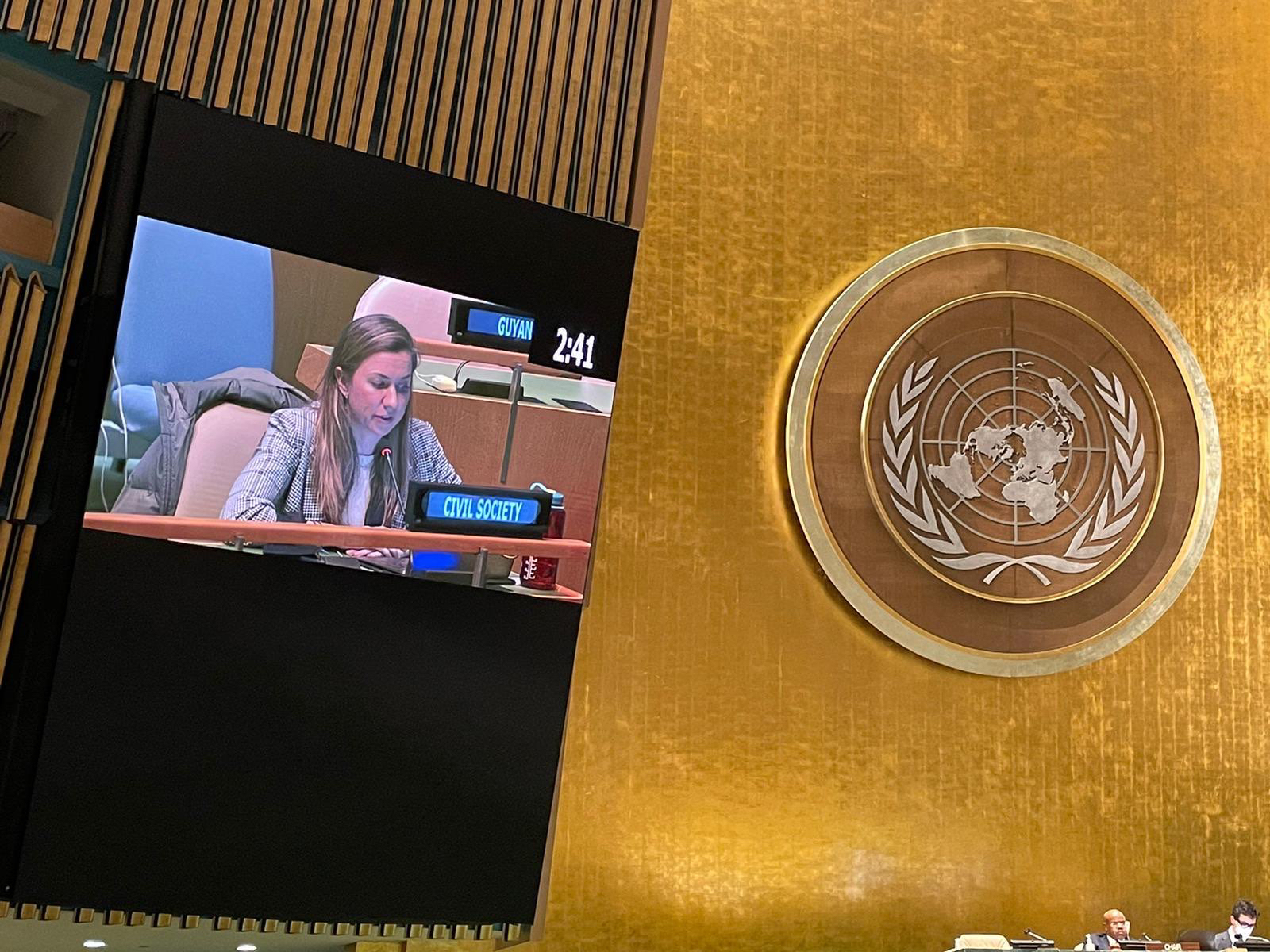 In an open letter, almost 50 NGOs from all regions of the world call on the UN General Assembly to suspend Russia's rights of membership of the UN Human Rights Council for committing widespread, gross and systematic human rights violations, some amounting to war crimes and crimes against humanity. 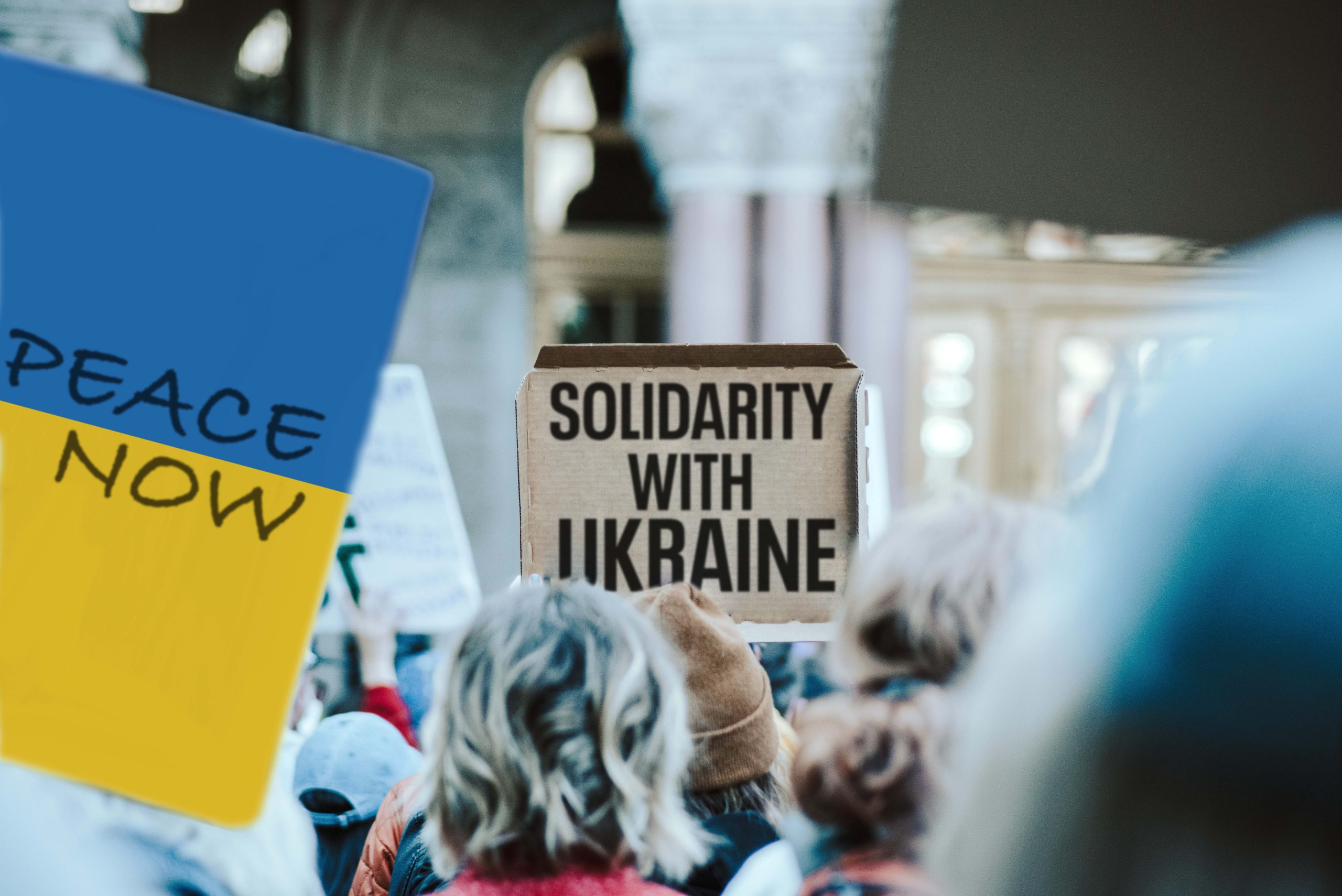 Would you like to be informed of updates on the #RussiaOutOfHRC campaign? Please enter your email address below!