(New York) – The UN Security Council should strengthen its relationship with civil society and its focus on the promotion and protection of human rights if it is to more effectively discharge its mandate in the area of conflict prevention, the International Service for Human Rights said today.

The call comes in the wake of the Security Council adopting an important resolution, Resolution 2171, in which it expressed its ‘willingness to strengthen its relationship with civil society’, acknowledging the importance of civil society organisations in matters of peace and security.

Welcoming the resolution, ISHR’s Eleanor Openshaw said, ‘Through this resolution the Security Council has recognised that efforts to prevent and resolve conflict are strengthened by a vibrant civil society, effective national and international human rights monitoring and accountability mechanisms, and the increased participation of women in all decision-making processes.’

‘The Security Council resolution reflects both an evolving relationship with civil society, and the push by the Office of the High Commissioner for Human Rights, during the tenure of Navi Pillay, for the Security Council to place greater emphasis on human rights monitoring and protection,’ Ms Openshaw said. 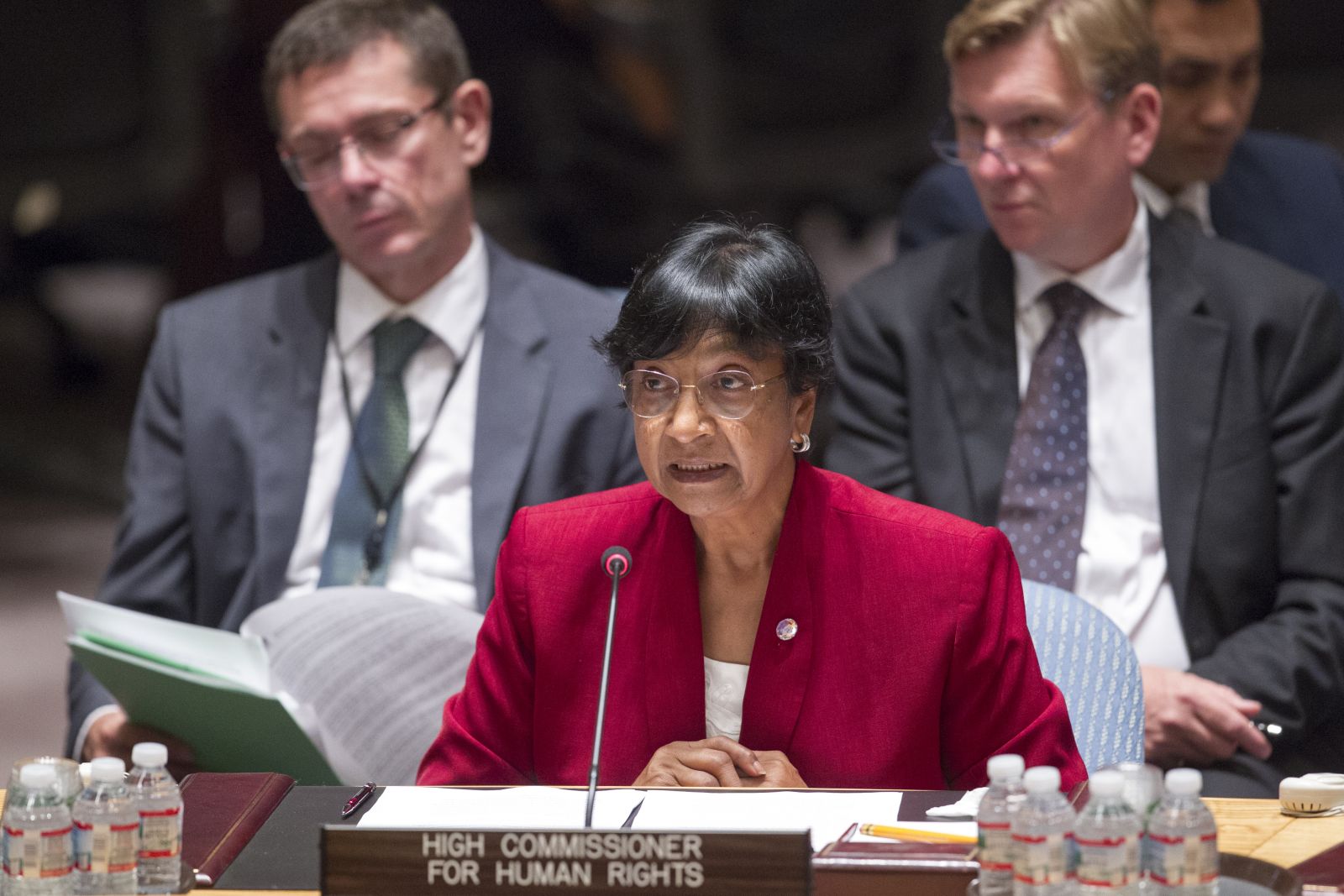 The adoption of the resolution came at the conclusion of a significant debate within the Council on conflict prevention, at which Ms Pillay gave her last Security Council briefing before her term expires this month. Opening the debate, Secretary General Ban Ki-moon said the UN needs to ‘re-examine and redefine our approach’ to conflict prevention. In her remarks, High Commissioner Pillay emphasised that this approach requires ‘strengthening civil society actors’ and ‘increasing participation of women in decision-making and dialogue’. Both the High Commissioner and the resolution also recognised the ‘preventative role of human rights accountability mechanisms’, with such mechanisms serving both an early warning and deterrent function.

‘Language on the importance of the role of civil society has become more evident in Security Council thematic and country resolutions. Resolution 2171 builds on important references in prior resolutions, including last year’s Resolution 2122 which recognises the importance of interactions of civil society, including women’s organisations, with members of the Council at headquarters and during Council field missions,’ Ms Openshaw said. This latest resolution calls on the Secretary-General to update the Council on progress to ensure the participation of women in discussions on conflict resolution.

‘The Security Council’s increased engagement with civil society, particularly members of women’s groups, comes as a result of civil society efforts – led by the NGO Working Group on Women, Peace and Security – to demand entry to Council spaces. Through engaging with the Security Council and urging effective implementation of its resolutions, the NGO Working Group is pressing the Council to mainstream a gender dimension in its mission, mandate and activities,’ Ms Openshaw said.

‘While space for civil society engagement with the Security Council remains limited, the regular briefings now provided by the High Commissioner are an important development,’ Ms Openshaw said.

During the Security Council debate, the UN High Commissioner described these briefings – and information provided by OHCHR offices and country teams – to the Council as a key advance, with the integration of a ‘firm and principled’ human rights approach being crucial to ‘end crises and save lives’. The resolution itself ‘recognises the important role the Office of the United Nations High Commissioner for Human Rights … can play in conflict prevention, and also recognises the role their briefings on human rights violations and hate speech play in contributing to early awareness of potential conflict’.

‘During her term High Commissioner Pillay has played a crucial role in providing up-to-date information and expert analysis on human rights situations to the Security Council, with such information and analysis vital to the Council acting effectively to prevent or resolve conflict,’ Ms Openshaw said. ‘We look forward to working with High Commissioner Zeid, when his term commences in September, to strengthen the Security Council’s focus on human rights and its relationship with both civil society and OHCHR.’

While in New York, High Commissioner Pillay also met with civil society organisations that engage with the UN for a final time. Acknowledging civil society’s vital contribution to the UN, she used the opportunity to affirm the need for a stronger response to ‘abhorrent’ intimidation and reprisals against those who cooperate with the UN and called for greater financial support for OHCHR, which remains the ‘Cinderella’ of the UN, receiving some 3% of the overall UN budget to cover its entire operations.

Women journalists and protesters are doing a vital work to advance democracy and human rights in Sudan. They should be supported but instead, State police attacks and intimidates them. This must change!

Women and girls in Afghanistan are facing a human rights crisis, deprived of the fundamental rights to non-discrimination, education, work, public participation and health. The Taliban has also imposed draconian restrictions on the rights to freedom of expression, association, assembly and movement for women and girls. The world's worst women's rights crisis demands an urgent and proportionate response from the UN Human Rights Council, says a coalition of 25 leading NGOs from all world regions.