In the 20 years since the UN Declaration on Human Rights Defenders was adopted, women human rights defenders have been resilient and resolute in combatting authoritarianism, while defending their land and territories, to ensure access to health services, to live free and equal in dignity and rights.

Yet, women human rights defenders face a climate of increasing repression, violence and impunity at the hands of State and non-State actors, despite broad commitments by governments to the UN to uphold human rights standards.

In July 2018, women human rights defenders from 17 countries – from Brazil to Cambodia to Togo to USA – gathered at the UN Headquarters in New York. They demanded:

“We don’t want another anniversary… marked by violence, criminalization and the murder of women human rights defenders. We don’t want more speeches that are soft on the governments and private interests that are devastating our land, territories, and bodies. We demand respect, holistic security and safety, and our right to defend human rights without fear. Our legitimate voices should no longer be silenced and ignored.” (Read: We’ve Had Enough: Call to Action for Protection of WHRDs and their Communities)

Yet today, on International Women Human Rights Defenders Day, at least a dozen Saudi women human rights defenders continue to be detained, without a charge, since May 2018 for demanding an end to the male guardianship system that renders women legal minors. The activists have been banned from accessing lawyers, and many have been unable to speak to worried family and friends. Recent reports indicates the use of torture and sexual violence against some of the detained activists. 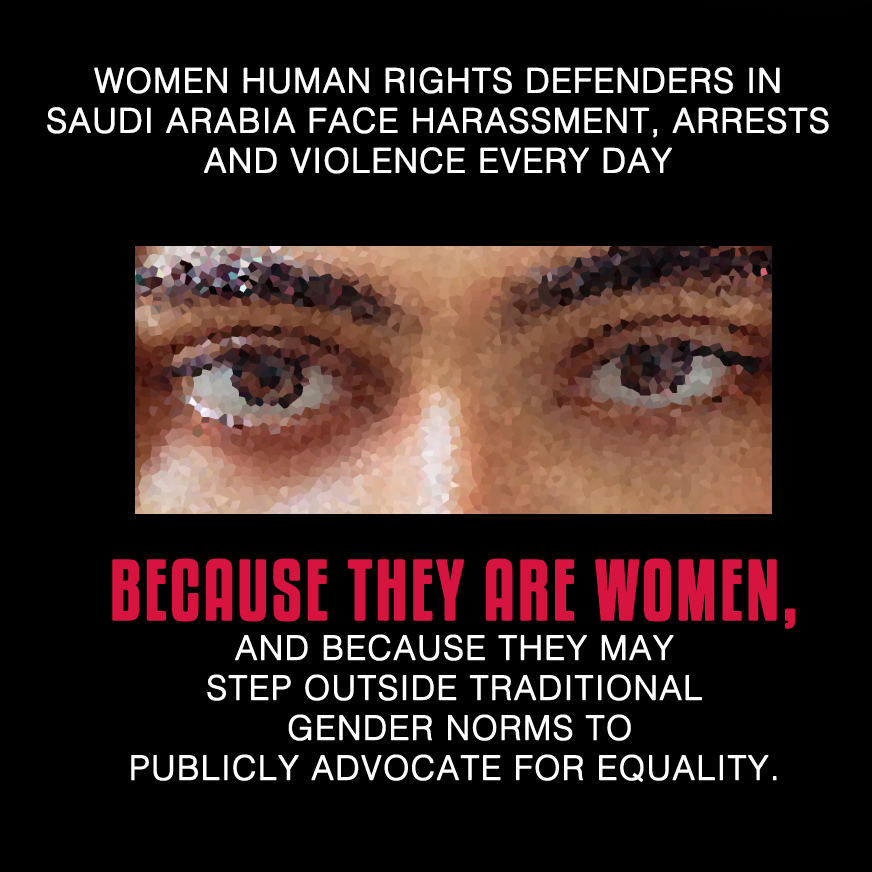 “The systematic violence and exclusion faced by women human rights defenders is carried out by governments as well as corporate interests, fundamentalist groups and other private actors who increasingly wield power over public institutions. How can they be so terrified that women can be the agents of not only their own change, but of societal transformation towards justice and equality?” said Pooja Patel, Programme Director at ISHR.

The United Nations must reaffirm its committment to the recognition and protection of women human rights defenders, including by ensuring that they have access to and are able to engage in multilateral processes and decisions. This engagement with the UN should be free from any reprisals.

A Sudanese woman was sentenced to death by stoning. We call on relevant UN Special Procedures, mandate holders and the OHCHR to take action to urge Sudanese authorities to overturn this sentence, end violations of the international human rights law, and respect the State obligations to protect women and human rights.

One year after the Taliban takeover in Afghanistan, the UN independent experts have affirmed the calls of Afghan civil society that “it is time to rapidly step up efforts to ensure accountability for violations of international human rights law and humanitarian law. Impunity will only lead to further violations and deterioration of the human rights situation in the country.”