Despite the trials faced by People’s Watch in fighting the suspension of its registration under the Foreign Contributions Regulations Act (FCRA) by the Indian government for nearly two years, the Tamil Nadu-based human rights NGO continues to work for the promotion and protection of human rights through the monitoring of human rights violations, strategic advocacy and solidarity with peoples’ struggles. Henri Tiphagne, Executive Director of People’s Watch, speaks to ISHR about the challenges faced by human rights defenders in India.

‘The journey to human rights work is a long one.’ 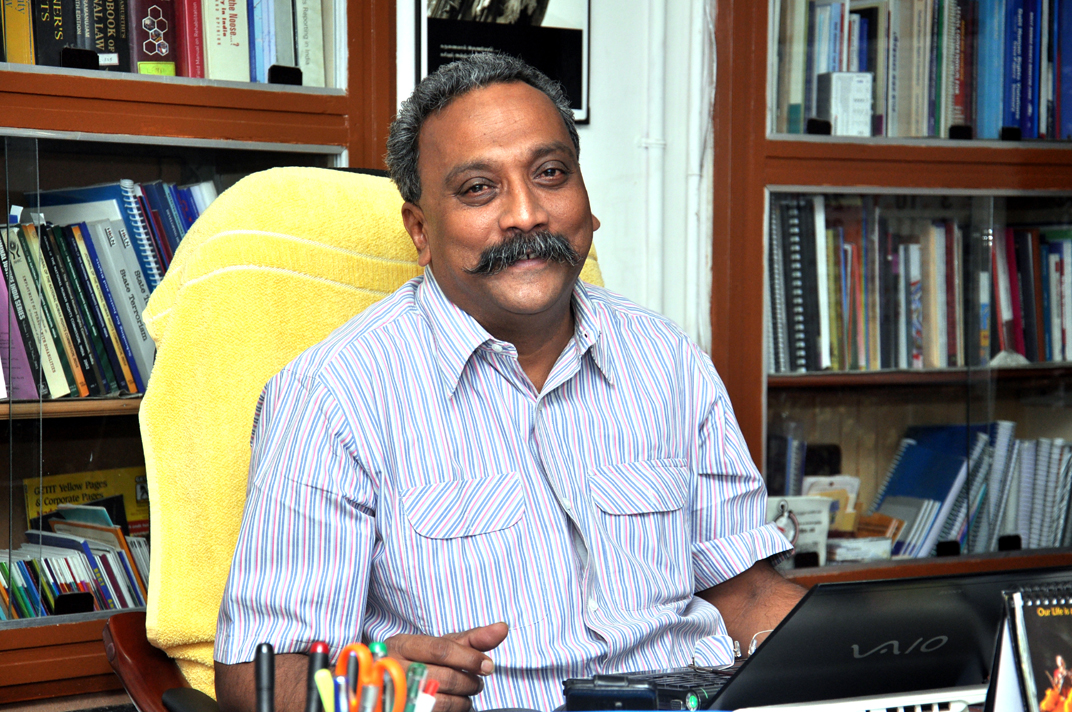 My own human rights work has several important starting points. The first one happens to be the inspiration drawn from my mother, who worked to combat leprosy in India for almost 60 years. She worked with the poorest of the poor, the most excluded communities of leprosy victims. The second factor was my engagement with the student movement known as the All India Catholic University Federation, which is a member of Pax Romana. The third factor was my engagement in grassroots work after I had finished university, engaging in relief operations in a flood affected area in Tamil Nadu. During this time, my colleagues from the student movement and I became aware of the specificities of working at the grassroots and understanding the dynamics of powerlessness to which is linked caste and caste-based discrimination. We then began working with the landless labourers in that part of Tamil Nadu, leading us into direct day to day confrontations with law enforcement agencies. Through this experience I also gained understanding of the ways in which law could be used to challenge injustice and, as a result, I was inspired to pursue studies in law and subsequently to work in human rights.

‘The right to assemble and the right to associate are the two major challenges that human rights defenders face in India today, in spite of India’s reputation for being a vibrant democracy.’

We are not easily allowed to form associations which have the objective to work on human rights, and if we are then there are problems in registration. In Tamil Nadu, for example, there is a fairly recent law that says an organisation cannot have the words ‘human rights’ in its title. We also face constraints in exercising our right to seek and utilise resources, whether domestic or international, for human rights work.

In spite of our vibrant constitution and our vigilant judiciary, which most often is willing to stand on our side, we find that our right to assemble, to protest, to show dissent is being violated. Social protest in this country is gradually becoming criminalised. For instance, even the mobilisation of affected communities in a continuous non-violent assembly may be rendered a criminal activity by the State and there are instances where cases of sedition are filed against the organisers.

‘What we need is domestic legislation that is based on the provisions contained in the UN Declaration on human rights defenders.’

India recently adopted the Whistle-blowers Protection Act in 2014, which includes protection for whistle-blowers who are public servants as well as any other persons, including NGOs. This should now be complemented by the enactment of a law on the protection of human rights defenders. The passage of such a law, however, will also require better public and political recognition of the vital work of human rights defenders and NGOs.

‘The existing legal framework for human rights NGOs in India is deeply problematic.’

In India, an organisation cannot receive foreign funding without registration under the FCRA and periodic reporting to the government under this law. In 2010, as a result of many years of effort by previous governments led by Atal Bihari Vajpayee and then the subsequently by Dr. Manmohan Singh, the FCRA was amended to make it more stringent. The original law itself already subjected NGOs to many arduous requirements. The FCRA 2010 places India on par with the NGO laws of Russia, Ethiopia and Egypt. Countries such as Kenya, Bangladesh, Nepal and Pakistan are now contemplating such an Act as well. India has become a bad model for other countries to follow.

The FCRA 2010 calls for 1) the mandatory re-registering of organisations with the Ministry of Home Affairs every 5 years; 2) it says that the government can cancel your registration, which means that all the assets that your organisation acquired through foreign funding will revert back to the State, and 3) there is a provision for being suspended for a period of 180 days while the State carries out investigations into an organisation during which period the bank accounts are frozen. The grounds for such suspensions include that one should not be seen as carrying out activities of a political nature, a provision which is often arbitrarily applied to human rights defenders. Mobilising and assembling people in protests to show their dissent, according to this Act, may be construed as using foreign funds against the State. Additionally, foreign resources are not allowed to be used for any publication work, including electronic means of publication such as websites, blogs, social media, etc.

‘The suspension faced by CPSC under the FCRA is quite possibly linked to the work People’s Watch have been doing in engaging with international human rights mechanisms.’

People’s Watch’s legal body registered under the FCRA is called the ‘Centre for the Promotion of Social Concerns (CPSC)’. The CPSC was suspended three times for a total period of more than 21 months, from 16 July 2012 to 16 March 2014. We have reason to believe it is linked to our work with the UN human rights system.

People’s Watch, through AiNNI (the All India Network of NGOs and Individuals working with National and State Human Rights Institutions), played a big role in organising the official country visit of the UN Special Rapporteur on human rights defenders, Margaret Sekaggya, to India in 2011 when I accompanied her around the country to meet with defenders from different regions. During the interactive dialogue with the Special Rapporteur in Geneva in March 2012, I made an oral statement on behalf of FORUM-ASIA highlighting the continuous peaceful assemblies of affected communities against the establishment of a nuclear power plant in Koodankullum, Tamil Nadu. Also in 2011, the National Human Rights Commission of India was coming up for re-accreditation by the International Coordinating Committee (ICC) on NHRIs. On behalf of AiNNI, we prepared and submitted an alternative report based on 250 responses to right to information petitions. This report was endorsed by more than 300 NGOs throughout India.

We then got our first suspension order dated 16 July 2012, followed by two more in February 2013 and October 2013. During this 21-month period, our organisation was completely decimated, as it became increasingly impossible to pay wages of staff as well as respond to the needs of victims and the beneficiaries of our school-based human rights education programmes in 18 states of India, reaching 400,000 students. Not to mention the psychological distress and immense pressure encountered by those of us in decision-making posts. Finally, earlier this year, we were able to get a Delhi High Court ruling in our favour to allow us to operate our bank account and pick up the pieces.

‘The future for human rights defenders in India is uncertain.’

Since its election the new Indian government has not yet made its position on NGOs clear. There have, however, been leaked documents from the Intelligence Bureau circulating the media in recent weeks which accuse human rights NGOs as being responsible for the slow economic growth rate in the country through their opposition to major development projects (such as nuclear power plants, dams, etc.) which bring investment. The litmus test will be in 2015, when over 30,000 organisations across the country will be going before the Ministry of Home Affairs for their re-registration under the FCRA

‘Engagement with the UN human rights system is a two-way street.’

The UPR provides a unique and important opportunity for engagement of civil society with the State and the other States in the UN, in realising domestic human rights obligations. People’s Watch has tried as much as it can to use this and other international mechanisms to bring about domestic change. A global approach to human rights is what is much needed.

‘Reprisals are, unfortunately, an occupational hazard.’

In the case of People’s Watch, we had plenty of support from the OHCHR and Special Rapporteurs, as well as international NGOs, who were all ready to speak out on the undue suspension that we faced. However, we were advised by the best advisers in the country, including former ministers, judges, and chairpersons and members of NHRIs, not to make it into a global issue at that moment. In that situation, our local solidarity was more important than big, radical decisions from outside pressure. The local solidarity and support has gone a long way for us. It is only now that we are speaking out due to the fact that we have temporarily won our case in court. While there may be times when we have had to be silent, the more we take recourse to international human rights mechanisms the more I am sure there will be gradual change towards better understanding of the work of human rights defenders and better protection to human rights defenders when undertaking their work, including when engaging with the UN.

‘At People’s Watch, we have shown our convictions are stronger than that of the government. I believe that in the end it is the defenders who stand tall, in spite of everything, due to the solidarity we share at local, national, regional and international levels and the support that has been shown.’

Henri Tiphagne is Executive Director of People’s Watch in India. His work has also extended to national networks such as the All India Network of NGOs and Individuals working with National and State Human Rights Institutions (AiNNI) and the Human Rights Defenders Alert-India (HRDA), the Convenor of the Working Group on Human Rights in India and the UN (WGHR) as well as at the regional and global levels as the Chairperson of the Asian Forum for Human Rights and Development (FORUM-ASIA) and Executive Committee member of the World Organisation Against Torture (OMCT) and the International Dalit Solidarity Network (IDSN).