Leon Dulce from the Philippines

Hi Leon, tell us about yourself and how you decided to defend human rights!

I am Leon Dulce, a 31 year-old environmental defender from the Philippines.

Choosing the path less travelled in protecting our right to a balanced and healthful ecology was a confluence of factors throughout my life, from the formative influence of my parents, both development workers, to my exposure to student activism in the University of the Philippines.

The life-changing decision to be a full-time activist came in 2011 when I decided to join the Kalikasan People’s Network for the Environment (Kalikasan PNE) to be one of its youth organisers. I haven’t turned back ever since.

How does defending rights affect your personal life?

Being an environmental defender has shaped my worldview to live with simplicity, to tap your inner humanity, to be conscientious of your work knowing the lives of people and our planet itself are at stake. I echo the words of Albert Einstein, “Man can find meaning in life, short and perilous as it is, only through devoting himself to society.” 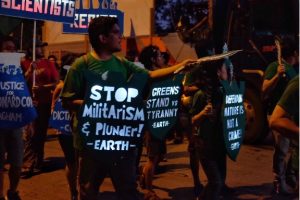 What continues to inspire you to defend human rights?

We continue to be inspired by the living, breathing victories of people power in working towards a better world. We have seen that it is possible for corporations to be shuttered down and made to pay reparations, murderous generals put in jail, and fascist dictators to be toppled and held to account, all at the hands of people power.

Businesses should realise that the whole of society benefits from a premium investment in due diligence for our rights, environment, and climate. When nobody is left behind, everyone is on board to push through with building the cogs and wheels of society.

There are no shortcuts, especially with multiple conflicting interests over natural resource-rich environments where the powerful can easily override the marginalised.

Are you encountering any threat because of your work, and if so, what could be done at national / international level to help you work in safer conditions?

We have been repeatedly tagged as enemies of the State in a worsening crackdown on human rights defenders by the regime of President Rodrigo Duterte. Our office has been constantly harassed and almost raided by the police last year. Our members on the ground have been murdered in the dead of the night.

We hope the international community joins us in urging the United Nations to conduct an independent investigation into the human rights situation in the Philippines. We hope the inquiry would lead to greater action from UN experts and member States to hold the Duterte regime to account.

What is your hope for the future?

I hope to live in that better world, a just and humane society in harmony with nature and climate, before I come to the end of my days.

SHARING EXPERIENCE AND TIPS ON ENGAGING WITH SPECIAL PROCEDURES 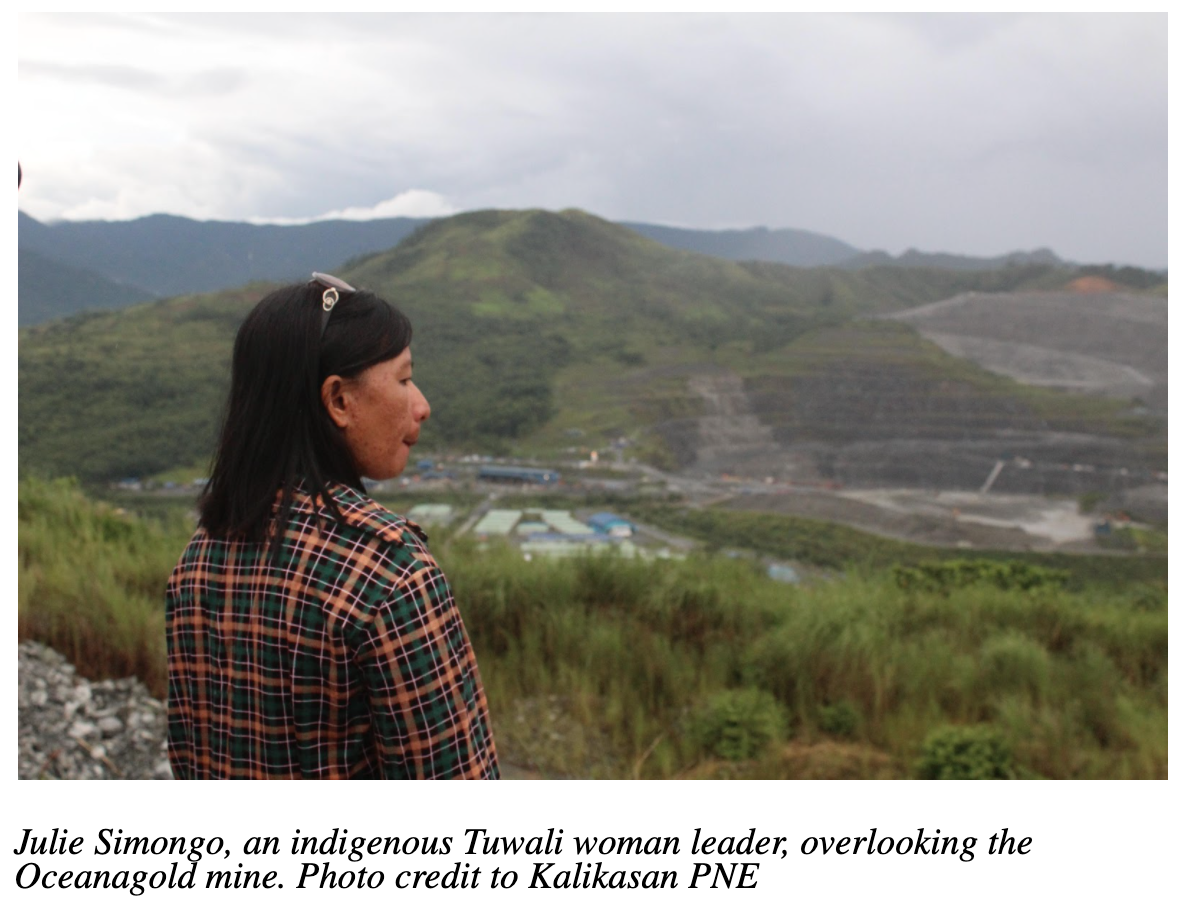 What was the human rights problem you were addressing?

We are campaigning with local indigenous Tuwali communities to close down the 10,266-hectare Didipio gold-copper mine of Australian-Canadian corporation Oceanagold. This mining project has figured in a long history of civil-political and socio-economic rights violations against the indigenous communities in the remote mountain villages of Kasibu Municipality since it acquired a contract over the mineralised lands it currently operates on in Nueva Vizcaya province in 2006.

Why did you decide to choose this UN mechanism to help you solve it?

We decided to engage with the UN Special Procedures hoping that a communication from UN Special Rapporteurs would pressure the Duterte government to take action, even in spite of its bristling stance against the UN.

If the Special Rapporteurs respond with a country visit, whether formal or academic, it would create high-profile attention for the Tuwali people’s struggles against Oceanagold. It would be a show of solidarity that would raise the morale of the defenders on the ground.

What happened at the UN?

On 13 February 2019, a total of nine Special Procedures mandate holders sent a joint communications letter to the Duterte government echoing the human rights concerns we raised.

Later, on 30 April 2020, Special Rapporteurs would cite this communication once again in urging the Duterte government to respect indigenous people’s rights in response to an earlier violent dispersal of the Tuwali protester’s ongoing barricade against the mine. 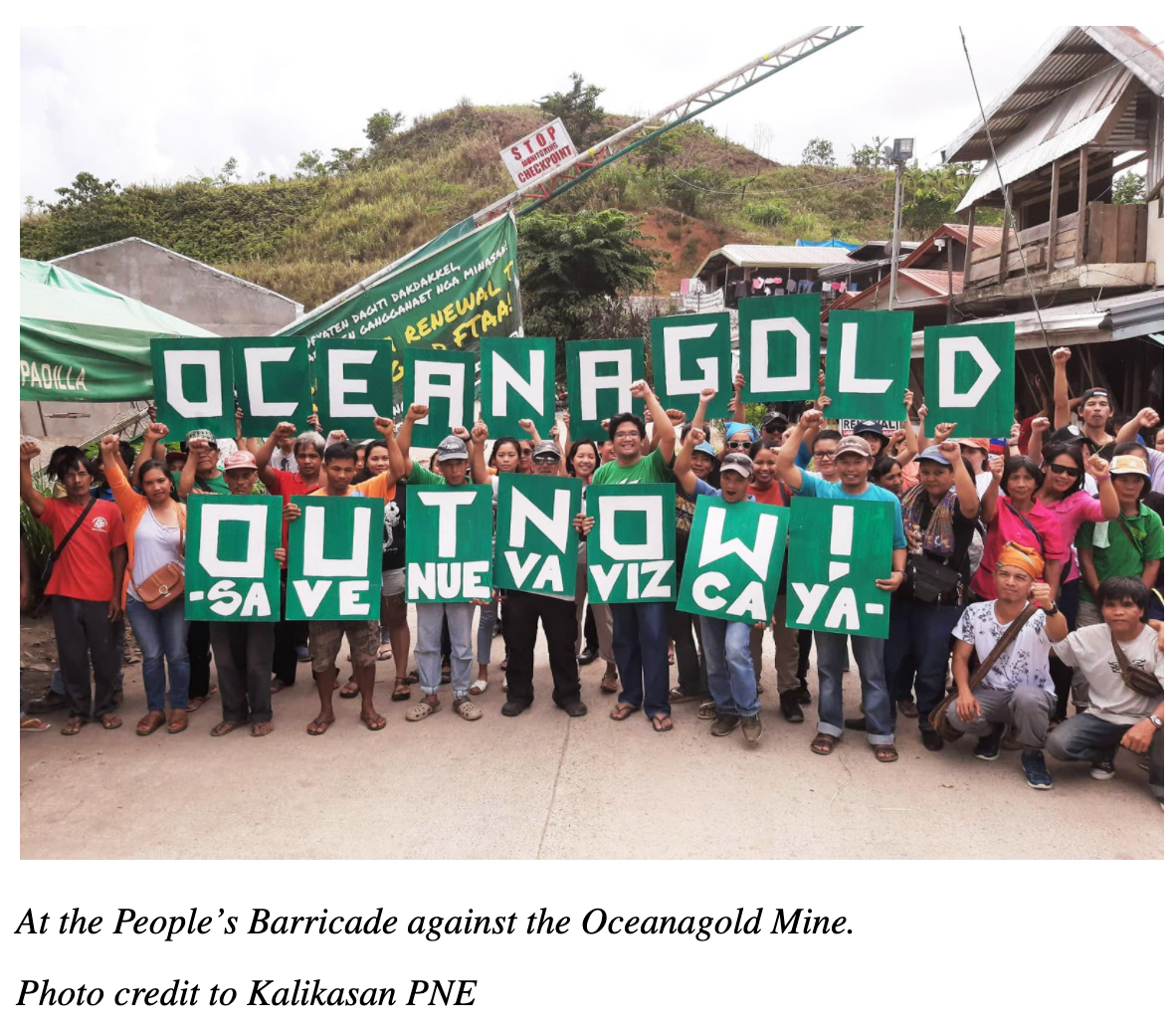 What was the impact on the ground?

We believe the intervention from the UN experts is a significant factor in making the Duterte government think twice from railroading then the impending renewal of Oceanagold’s contract agreement.

The UN Communication helped create the momentum that led to the provincial government’s issuance of a restraining order against the Oceanagold mine, and the community organisations’ launching of a people’s barricade enforcing this restraint through direct action.

Do you have any tips for other defenders using this mechanism?

Crucial to our success in engaging the UN Special Procedures is in how we strategically located it within an interplay of various advocacy tactics. The UN intervention fed into the direct action of organised communities of defenders, and helped galvanise a broad support network from churches, local governments, and civil society.

The intervention was also leveraged in a communications and lobbying strategy that exposed the national government’s collaborationism with irresponsible big businesses, discouraged their usual ‘rubber-stamping’ for these mining corporations, and deterred full-on reprisals against the defenders.

Leon Dulce is the National Coordinator for Kalikasan People’s Network for the Environment, an organisation that prevents environmental exploitation and protects marginalised communities from harm caused such exploitation. Working closely with different networks and alliances, his responsibilities include legislative advocacy, undertaking fact-finding investigations, facilitating grassroots dialogues, and engaging with government agencies.