In September 2018, then High Commissioner for Human Rights Michelle Bachelet requested unrestricted access to all regions of China, following 'deeply disturbing allegations of large-scale arbitrary detentions of Uighurs and other Muslim communities'.

In September 2021, three years after her request, she indicated that she was 'not able to report progress on [her] efforts to seek meaningful access to Xinjiang', and that the OHCHR was 'finalising its assessment of the available information on allegations of serious human rights violations in that region, with a view to making it public.' The assessment was finally released on 31 August 2022, in compliance with the High Commissioner's global mandate under UNGA resolution 48/141, and following her reiterated commitment to publish it before the end of her term.

The OHCHR's report provides the most authoritative UN assessment of human rights violations in the Uyghur region, on the basis of strict methodology and a wide range of first-hand evidence. It finds 'patterns of severe and undue restrictions on a wide range of human rights' with a 'discriminatory component' against Uyghurs and other predominantly Muslim communities, concluding this 'may constitute international crimes, including crimes against humanity.'

The range of rights violations documented include violations against those detained or imprisoned, violations on cultural, linguistic, and religious identity and expression, on privacy and movement, on reproductive rights, on employment and labour, and violations that 'transcend borders' and have a global reach.

The OHCHR concludes that 'the conditions remain in place for serious violations to continue and recur', which requires 'urgent attention' by the UN's intergovernmental bodies.

In light of 'objective criteria' for action by the Human Rights Council, ISHR calls on all Human Rights Council Member States to support the adoption of draft decision L.6 taking note with interest of the OHCHR's report, and requesting a debate on the human rights situation in the Uyghur region in February 2023. 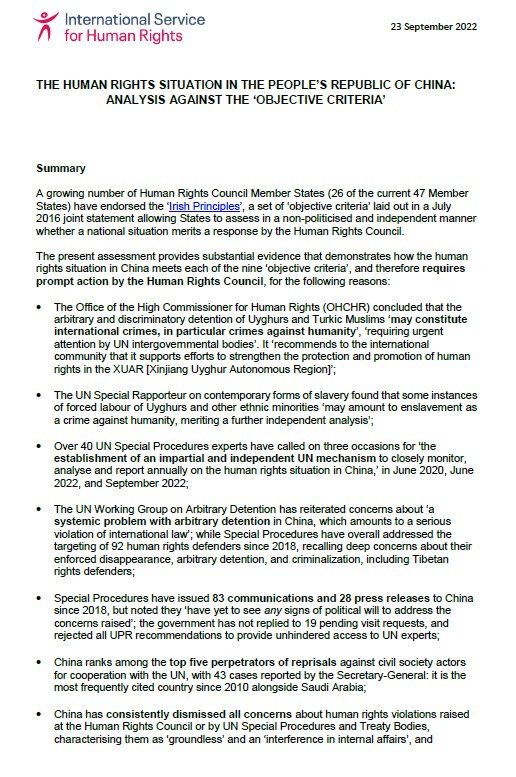 The present assessment provides substantial evidence that demonstrates how the human rights situation in China meets each of the nine ‘objective criteria’ for action by the Human Rights Council. 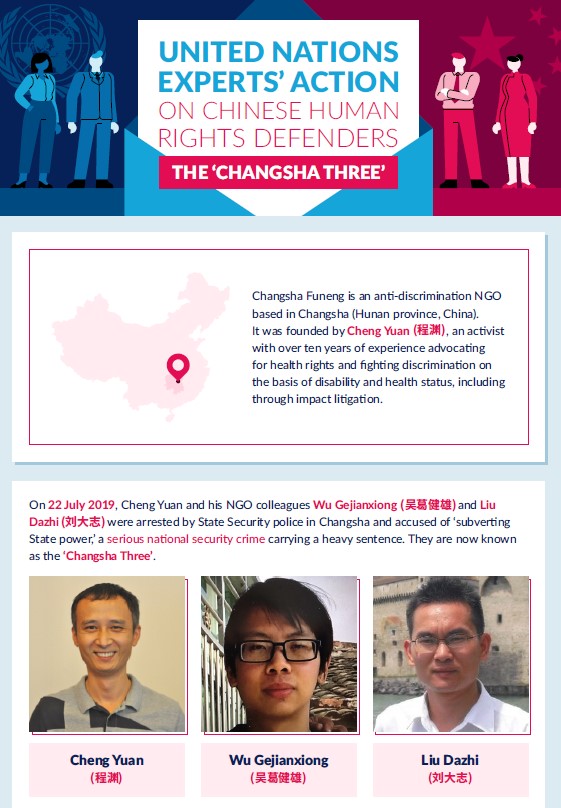