The Third Committee brings together a wide array of Special Procedures mandate holders, including Special Rapporteur, independent experts, and chairs of working groups that are mandated by the Human Rights Council to discuss some of the most pressing human rights concerns and present findings and recommendations to the Third Committee. These findings should in turn play a role in shaping the focus of resolutions negotiated at this session.

Similar to the seventy-third session, this year’s Third Committee is expected to consider approximately 60 resolutions on a range of topics, including:

You can also catch ISHR at the following events: 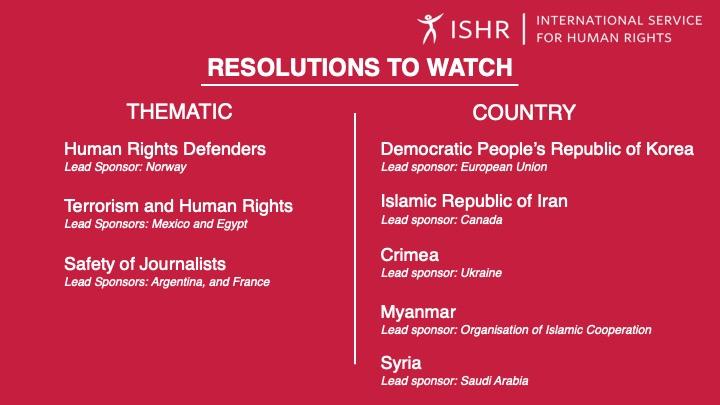 Several country resolutions are expected again this session. For the 17th year, Canada will present a draft resolution on the Situation of human rights in the Islamic Republic of Iran spotlighting the continued dismal human rights situation and lack of progress over the last year. The European Union will again lead on a resolution on the Democratic People’s Republic of Korea, similarly underlining the lack of human rights progress. Ukraine will again present a draft resolution condemning Russia’s activities in Crimea. Resolutions on the human rights situation in Myanmar and Syria are also expected to be led by the Organisation of Islamic Cooperation and Saudi Arabia respectively.

ISHR remains concerned that China will again attempt to insert the seemingly harmless language of ‘win/win’ language in resolutions, which in fact focuses only on intergovernmental dialogue and cooperation, rather than actual human rights violations or accountability. This language risks shrinking space for civil society and roll back human rights norms across a number of resolutions.

Several resolutions are expected to become battle grounds regarding references to gender, and sexual and reproductive health and rights, including resolutions on the Improvement of the situation of women and girls in rural areas, Violence against women migrant workers, Rights of the Child, The girl child, The human rights to safe drinking water and sanitation,

As the Third Committee takes place in the wake of the catastrophic event of Hurricane Dorian and the UN Climate Action Summit, we expect to see climate change addressed in a number of discussions, particularly relating to sustainable development, even if there is no resolution specific to the issue. ISHR supports the protection of all persons and communities suffering negative effects from the climate crisis and hopes the momentum from last week’s summit will not be lost at this year’s Third Committee session.

Elections for the Human Rights Council are set to take place in mid-October as part of the General Assembly. ISHR is once again disappointed that this year a number of regions have presented closed slates. ISHR has published ‘scorecards‘ for each of the States seeking membership. These provide a brief overview of their human rights records, cooperation with civil society, past roles in the Council, and past engagement with UN human rights mechanisms. 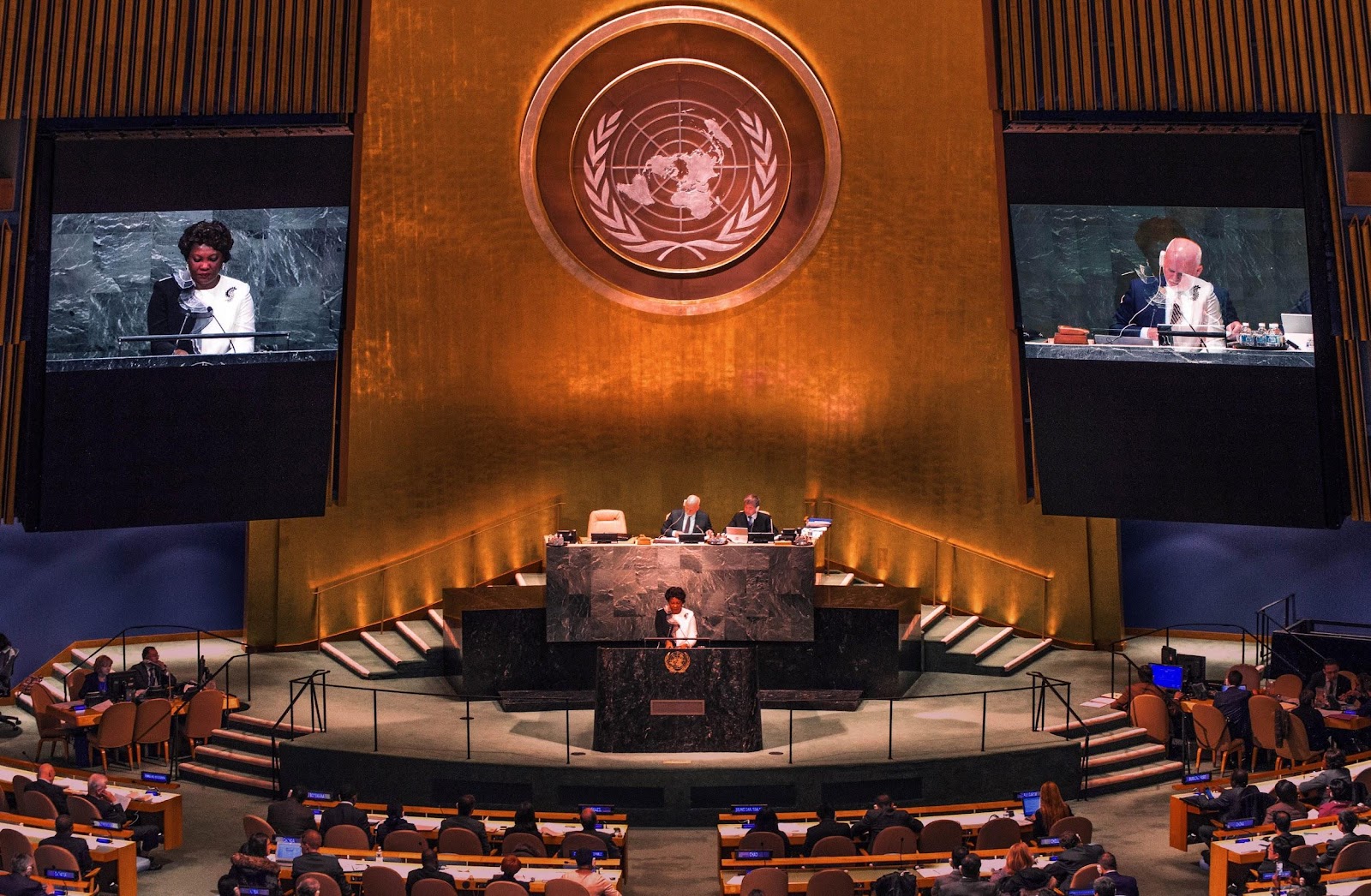 Overview of Reports and Dialogues with UN Experts:

The UN Special Procedures – Special Rapporteurs, independent experts, and working groups – will report to the Third Committee and hold interactive ‘dialogues’ with member States. Several of this year’s reports reflect concerns about increased attacks on human rights defenders and emphasise the critical importance of creating and maintaining space for civil society. Click here for a list and schedule of dialogues.

National and international organisations sent a letter to the new Colombian government with three recommendations to prevent crimes and improve the security of human rights defenders.