Eren Keskin, a lawyer and human rights activist struggling for the rights for the Kurds, women and the LGBTI+ community in Turkey, Marino Cordoba Berrio, previous leader of the Afro-Colombian ethnic group working for the defence of his community territorial rights, and Abdul Aziz Muhamat, Sudanese advocate for refugees’ rights held in Australian immigration detention in Papua New Guinea since October 2013, were short-listed for the prestigious award by a jury composed of representatives of leading international human rights NGOs.

‘The work of each of the final nominees is representative of the courageous work of so many human rights defenders to champion the rights of victims and the vulnerable, to document and expose violations, and to promote accountability for perpetrators,’ said ISHR Director and Martin Ennals Jury member Phil Lynch.

‘The situation of each of the final nominees – sentenced, threatened, or held in detention – is also representative of the grave risks facing so many human rights defenders around the world. Like so many defenders, each of the final nominees has paid an unacceptable cost for challenging authoritarianism, and for speaking out for good governance, human rights and the rule of law.’

The Martin Ennals Award seeks to honour defenders’ courageous work and shine a light on their precarious situation. 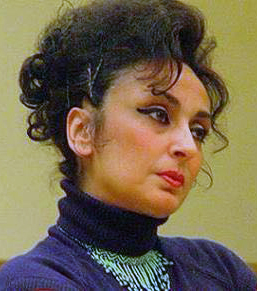 A lawyer and human rights activist, Eren Keskin has struggled for more than thirty years for fundamental rights and freedoms in Turkey, especially for the Kurds, women and the LGBTI+ community. Within the context of the worsening human rights situation in Turkey, she is once again at the centre of intimidation attempts.  As part of a solidarity campaign to support the Özgür Gündem newspaper, Keskin held the title of “editor-in-chief” of the newspaper from 2013 to 2016, when it was closed by the authorities. On 30 March 2018, she was convicted and sentenced to 12.5 years in jail for having published articles deemed to have “degraded” the Turkish nation and “insulted” the Turkish president.  She is currently free while the case is appealed.

She stated: ‘To defend human rights is not easy in our territory.  I am being prosecuted with 143 charges for my solidarity with an opposition newspaper in the context of freedom of expression. International awards and solidarity have “protective” characteristics and reassure those of us in repressive societies. It also gives us a morale boost and helps our motivation for the struggle. Thank you for not forgetting us. Your solidarity and protection mean so much.’ 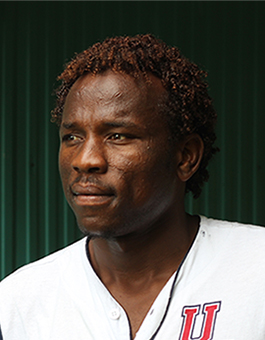 A compelling and tireless advocate for refugee rights, Abdul Aziz Muhamat (Aziz), from Sudan, has been held in Australian immigration detention on Manus Island, Papua New Guinea since October 2013, when his boat was intercepted by the Australian authorities. Asylum seeker, Aziz has seen friends die and has been shot at by local police. He was also sent to a local prison for refusing to eat in protest at the cruelty and suffering being inflicted on others. Aziz is one of the primary public voices among the men held on Manus Island. Despite the isolated location, he has exposed the harsh conditions there through podcasts and media interviews. He has paid a price for this as he is seen as a “ringleader” by both the Papua New Guinean and Australian authorities.

He claimed: ‘My work to expose this cruel system helps preserve my self-respect and inherent human dignity. It helps me fight for the rights of every refugee around the universe, which I’ll do until my last breath. It is not always easy when living under conditions of fear and persecution. Yet even under the most crushing state machinery, courage rises up again and again, for fear is not the natural state and I will do everything to keep going.’ 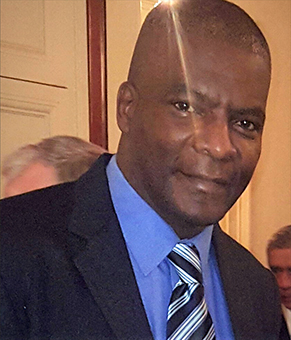 A member of the Afro-Colombian ethnic group, he led his community as they faced the loss of their land to powerful commercial interests, notably in logging and mining. After successfully working towards the legal recognition of their community’s land rights, much of his community was driven out by force in 1996. Constant threats and attacks drove him to seek asylum in the United States in 2002 where he built a network of supporters. He returned to Colombia in 2012 and worked to ensure a role for ethnic communities in the peace agreement, notably as a member of “Ethnic Commission for Peace and the Defense of Territorial Rights” that provides input as the peace agreement is implemented.  He has regularly received death threats and is under constant armed guard.

He declared: ‘We have historically been excluded politically, socially and economically, also affected by war, providing measures of overcoming is a primary responsibility of the State. I believe in the power of my mind and my hands as a determinant to do what is right, therefore the justice that is applied to my people is crucial for their survival. It is also in our hands to promote those changes so this effort involves exposing my own life.’

The Martin Ennals Award (MEA) is conferred annually to highlight the work of human rights defenders and provide protective publicity to defenders at risk. The Jury comprises representatives of ten of the world’s leading international human rights organisations:

The Final Award will be announced at a ceremony in Geneva on 13 February 2019.

On Wednesday 7 December, ECOSOC Member States will be asked to vote on the accreditation of 9 NGOs that have been arbitrarily blocked from UN participation, including one that has been blocked for 15 years - the longest in the history of the institution.