Between May and July 2022, ISHR participated in an experiment organised by the Narrative Network Initiative being incubated by the Funders Initiative for Civil Society (FICS) and aimed at testing new means of extending narrative efforts beyond usual target audiences. Groups coming from several regions were offered an opportunity to secure a $5000 grant to implement a one-off experimental project that could be carried out in five weeks.

ISHR’s proposal sought to test a way to encourage journalists to embrace the tenets of “A Seat at the Table”, our 2021 guide on effective narratives at the UN. Our rationale was that many news pieces tend to focus on “bad news” when covering human rights stories. Though informing the public about issues and problems is necessary, it also means that few journalists use their narrative power to bring hope and empowerment to readers. We believe that if more journalists wrote using effective narrative frames, it would likely result in a stronger feeling of agency and willingness to contribute to positive change among their readers – our target audiences.

© ISHR via Zoom; a screenshot of the 23 June training course with the five young journalists selected to take part in the experiment.

Therefore, we proposed to organise a training workshop introducing 5 young journalists to ISHR’s effective narrative guide and to discuss how they could apply it to their work. The workshop would be followed by a writing contest during which the journalists would each produce a journalistic article on a human rights-related topic, using this narrative framing approach. We would use the funding as an added incentive by, first, offering a stipend to all five participants to the training, and then giving bigger prizes to the winner and the runner-up of the writing contest.

Timeframe of the experiment

On 19 May, our proposal was accepted and we obtained the funding to carry out our experiment between 6 June and 12 July. We set out to find five young journalists or journalism students already active in the industry, with the objective of holding our training on 23 June so that all participants would have at least two weeks to write their articles, with the winner and runner-up being unveiled on 8 July.

As our time was limited, we sought to invite candidates from a journalism school known to the ISHR communications team: the Erasmus Mundus Journalism Master’s programme, an EU-funded two-year journalism course. We shared our call for applications through the Erasmus Mundus faculty on 7 June and received 20 strong applications by the deadline of 17 June, among which we selected 5 outstanding applicants.

As we reached out to the participants, we finalised the 23 June workshop, which took place online over four hours and sought to meet the following learning objectives:

Participants then set out to work on their articles, which we recommended they keep between 800 and 1200 words. We had received all five articles by the 6 July deadline. These were then reviewed by a jury made up of three ISHR staff members and three external partners, all with some expertise in the field of effective narratives: 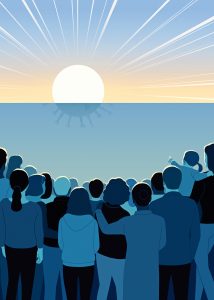 Jurors ranked pieces based on the relevance of the topic as a human rights story and the degree to which the narrative framing was applied by participants and, on 8 July, ISHR announced the winning piece and the runner-up:

‘Amanda’s piece really gives readers a sense of agency and impact, reminding them that together, we have the power to achieve remarkable things,’ said Christine Do Phan. ‘At the same time, Amanda clearly says who’s accountable, highlighting that local policies are a must to keep the flame burning.’

‘Arshu’s article impressed me by its clear, streamlined writing style and outstanding efforts at telling a story of motivation, contributions, hope and persistence in the face of great challenges,’ said Sophie Mulphin.

© ISHR via Zoom; ISHR's Christine Do Phan introduces the participating journalists to the 'Seat at the Table' guide on human rights narratives.

The quality of the other entries written by Allia Bukhari, Niamh Ní Hoireabhaird and Katie Sawyer was such that the deliberation process decided on the winners by only a small margin.

‘I have to say it was a great experience reading the articles,’ said Henry Ominde. ‘Honestly all the contestants did a tremendous job and were very informative and inspiring’.

‘Really, it is this kind of compelling, human interest stories that wins hearts and minds, even in highly policy-focused and technical spaces like the UN!’ added Krizna Gomez.

Feedback from participants and lessons for the future

We were able to garner valuable lessons from a survey of participants’ after the 23 June training. We asked them whether the training had achieved its goals and met their expectations, whether the guide was relevant to their work, and whether and to which extent the workshop could be said to have ignited or confirmed their interest in covering human rights stories. We also asked if they thought they were likely to apply the narrative framing we discussed in their future work. 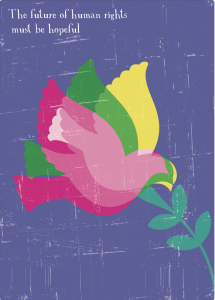 A majority of respondents said that (1) the workshop had been relevant to their work and had met its objectives as well as their expectations; (2) that it had generally met both the objectives we laid out and the expectations they shared with us during the training; (3) that they were likely to seek to cover stories related to human rights and/or the work of human rights defenders or the United Nations in the future; and (4), that they were for the most part likely to apply the constructive narrative framing in their future endeavours.

A more detailed look at participants’ feedback is available here. Overall, respondents shared positive feedback regarding the contents and general layout of the workshop. However, some responses did point to a perceived lack of detail on some aspects the workshop tried to cover or expressed the wish that we had spent more time on practical, concrete examples of the use of the framework.

The mostly positive responses to this small-scale experiment are a key takeaway for us. They serve as an inspiration for what could become a larger-scale, longer-term endeavour of reaching out to actors in the media through targeted efforts with the right incentives, financial and/or substantive.

Other key learnings stemmed from the layout of the experiment itself: the compressed time frame made it necessary to act in a swift, spontaneous manner, which is not always possible for communications and other narrative projects. The experimental nature of the project meant that taking risks was possible, and maybe even a necessity, thus removing the pressure to succeed. The exercise also showed how quickly we can establish new working relationships, even if only for punctual short-term initiatives, with different or unknown partners.

As a next step, we are now thinking about ways to implement these learnings in our ongoing communications activities, as well as nurturing our relationship with journalists in order to contribute together to a world that is more free, just and equal for all.

Over 125 Venezuelean and international organisations expressed their concern about the continuing human rights violations in Venezuela and called on the UN Human Rights Council to renew the Fact Finding Mission (FFM) on Venezuela at its upcoming September session.

National and international organisations sent a letter to the new Colombian government with three recommendations to prevent crimes and improve the security of human rights defenders.