On 22 September 2021, the International Service for Human Rights (ISHR) brought together businesses and civil society to discuss how companies can optimise their leverage in the civic space with a view to mitigating human rights harms. This was the eighth event of the Business Network on Civic Freedoms and Human Rights Defenders in 2021. The Network is a cross-sectoral group of senior business leaders focused on improving the ability and commitment of businesses to address human rights risks in the civic space.

Set up in 2017, this group is coordinated by The B Team, the Business and Human Rights Resource Center and ISHR. Approximately 40 major multinationals from a variety of sectors take part in the Business Network. This discussion was held under the Chatham House Rule.[1] The discussion brought together experts in human rights due diligence, senior management of international initiatives for responsible business conduct and representatives from civil society, all of whom shared their practical experiences in concrete communities.

The Network will be launching its website in the coming month.

It was agreed that human rights defenders (HRDs) and civil society play a critical role in protecting and expanding civic freedoms. Businesses, as key actors in any socioeconomic space, can play an enabling, empowering and virtuous role if their leverage is understood and utilised. Despite the common belief often held in the private sector community that human rights are not their business, both companies and civil society depend on a shared space of accountable governance, where transparency and predictability enable sustainable and profitable growth, entrepreneurship and innovation. However, the civic space is under pressure, as threats and attacks to HRDs and civic freedoms are increasing globally. 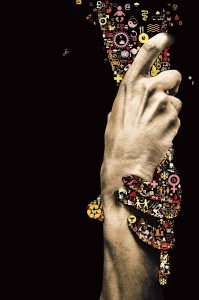 Participants highlighted that the recent guidance on ensuring respect for human rights defenders, issued by the United Nations Working Group on Business and Human Rights in June 2021, has added significant weight to the argument that companies have a role in optimising their leverage in the civic space to mitigate human rights harms. NGOs see this as the consolidation of the work already done to provide guidance for companies in the Shared Space Under Pressure Report on Business Support for Civic Freedoms and Human Rights Defenders, published by BHRRC and ISHR in 2018. Since then, at least 30 companies make references to human rights defenders in their internal policies. A good trend, but not enough in terms of numbers, implementation, and impact.

In the human rights context, “leverage” refers to the ability of a business to effect change, either through public or private means, in the wrongful practices of another party that is causing or contributing to an adverse human rights impact. As a company, do we have leverage over a supplier, contractor, subsidiary or State agent? Can a company exercise said influence to recognise and promote the work of human rights defenders and civil society without compromising its business operations?

Leverage is an elusive concept that exists in both tangible and intangible forms. Experts in the discussion highlighted that companies often have more leverage than what they believe or want to acknowledge. Leverage is not always apparent or easily measured. However, action starts with motion, and complexity should not deter companies from playing a role in mitigating human rights harms in their area of operations and beyond.

What can companies do?

The unfortunate reality is that companies often do not make use of their leverage beyond their commercial priorities. Testing it and acting upon it on human rights issues is usually perceived as a too high risk for the core business. Human rights abuses, restrictive actions in the civic space and attacks to human rights defenders are often not seen as a priority for businesses. However, as implied above, we believe this is a shortsighted business view that can compromise the viability of operations in the longer term. A region with civil unrest, detentions, repression, lack of mobility or predictability is not an appealing market for businesses and investors. The situations in Myanmar or Colombia this year are representative examples.

The size and weight of a company’s presence in a country influences their level of access and degrees of influence with the host government. Leverage may also be derived from the quality of the relationship that a business has with local communities and human rights defenders. A fine example would be Tiffany & Co.’s intervention in Angola, which involved using their leverage to back investigative journalist and human rights activist Rafael Marques de Morais, subsequently calling on the Angolan Government to drop charges of criminal defamation against him for denouncing several Angolan army generals for human rights abuses in his censored book, Blood Diamonds: Torture and Corruption in Angola.

In 2019, investors used their leverage to pressure Shell Petroleum (Royal Dutch Shell) to use its position as the joint owner of Brunei’s biggest oil and gas venture to push for lesbian, gay, bisexual, and transgender rights. This was after Brunei adopted a law legalising the death penalty by stoning to death people found engaging in homosexual acts. Shell’s public statements and actions influenced the subsequent government decision to place a moratorium over the enforcement of the death penalty. This particular example demonstrates that leverage works better when companies work together in coalitions, either through associations, multi-stakeholder initiatives or alliances with civil society.

Although advocacy in the civic space does not come naturally to companies, inaction or neutrality from companies most often benefit the aggressor, deteriorating the civic space, increasing human rights abuses and compromising the stability of the region as a desirable business environment.

Participants underlined that meaningful stakeholder engagement with civil society and human rights defenders is also key to build leverage for business and improve their relationships with social actors. Companies need to act on inputs received from civil society and integrate them into their respective decision-making processes. Further, businesses need to seek to build appropriate two-way channels and, when communicating publicly, seek the consent of the affected HRDs before publishing statements about them, even if the company believes it is for their benefit, as the specific situation can be complex and the momentum might not be the right one.

Several economic sectors were the subject of the conversation last week, including mega-sporting events, where organisers and sponsors can exercise their influence in a positive manner. For instance, FIFA urged Thailand to release Bahraini Footballer Hakeem Al-Araibi in 2019 and, that same year, it pressured Iran authorities to allow women to watch football matches at stadiums.  These and other examples were given on how leverage can be built, detected, mapped and exercised for the promotion of civic freedoms and the protection of human rights defenders.

An additional practical question surfaced in the room: how can companies publicly support human rights without placing human rights defenders at risk? In many cases, it is not in the interest of human rights defenders for a company to embark on a proactive intervention in a public manner. Diplomacy and discreet action behind curtains are often a constructive alternative. There was also a realisation that it is easier to find examples of companies working on general civil rights topics or causes than those referring to individual human rights defenders. In any case, the need to obtain permission from defenders before speaking out in their support or on their behalf was agreed upon during this meeting.

Often, companies fear that any action on human rights issues entails a public company positioning and, therefore, a source of unwanted risk. This is far from true, as discreet action can be more effective depending on the context. Owing to this misconception, or using it as an excuse, some businesses are reluctant to act on mitigating human rights risks and impacts. To encourage businesses to act, there is a need to change this perception. If businesses want to label themselves as human rights friendly, sustainable, green or socially responsible, they need to step up now and use their power for promoting and protecting human rights defenders. They are allies that should be engaged and supported.

[1] Participants are free to use the information received, but neither the identity nor the affiliation of the speaker(s), nor that of any other participant, may be revealed.

On Thursday 10 November, India’s human rights record came under scrutiny at the UN in the context of its Universal Periodic Review (UPR).