(Geneva) In a historic vote the UN Human Rights Council has created an Independent Expert dedicated to sexual orientation and gender identity issues. The expert will work to combat and prevent violence, hatred and discrimination.

The International Service for Human Rights’ programme manager, Pooja Patel, said the outcome was a fantastic win for lesbian, gay, bisexual and trans people all around the world.

‘This is a tremendous outcome and very timely. In all countries, in all regions, from Orlando to Bangladesh, LGBT people are subjected to hate and violence and it must be combatted at every level including at the UN,’ said Ms Patel.

During the epic three hour vote, the original resolution proposed jointly by the Governments of Argentina, Brazil, Chile, Colombia, Costa Rica, Mexico and Uruguay was watered down by a series of amendments led by regressive countries like Russia and members of the Organisation of Islamic Cooperation such as Pakistan, Egypt and Saudi Arabia, which pledged not to cooperate with the Independent Expert. Ms Patel noted that non-cooperation with the Council’s mechanisms is fundamentally incompatible with Council membership. 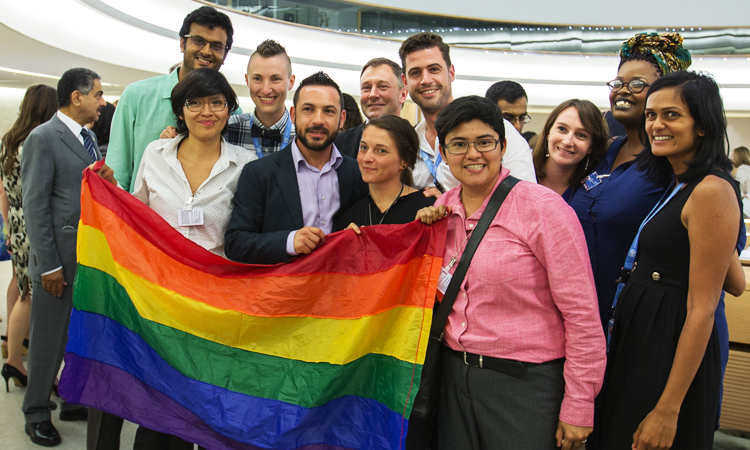 Despite these late attempts to scuttle the resolution with filibustering and obstructionist amendments, Ms Patel said common sense had prevailed with the majority of Council members voting to take a tangible step against homophobia.

‘The UN special expert will be able to identify violence and structural discrimination and work with LGBT people and governments around the world to develop strategies and legal standards to help ensure that all people can enjoy their fundamental human rights – regardless of their sexual orientation or gender identity,’ said Ms Patel.

The UN Human Rights Council once again reaffirms its commitment to combating discrimination and violence on the grounds of SOGI, and reminds all States of their obligations towards LGBT and gender-diverse people.

On 1 July 2022, during the 50th session of the Human Rights Council, Uganda presented the outcome of its 3rd Universal Periodic Review. Only 54% of the recommendations given for review were accepted by Uganda and none of them were related to the protection of human rights defenders. Uganda can and should do better!

Over 1000 civil society organisations from 134 States and Territories delivered a joint global statement calling for the renewal of the mandate of the UN Independent Expert on violence and discrimination on the basis of sexual orientation and gender identity.