Update: On Wednesday, 13 April, members of the United Nations Economic and Social Council (ECOSOC) elected 19 members to the UN Committee on NGOs. The Eastern European States was the only regional group which presented a competitive slate. As a result, Russia,  a member of the Committee since its establishment in 1947, has been voted out. As the other regional groups did not put up competitive slates, members were elected without a vote. Despite Russia’s departure, the incoming NGO Committee still includes members with deeply problematic records on safeguarding human rights and civil society participation.

Read more about this campaign win!

Imagine the world where the voices of those with clear demands, expertise and human rights solutions came together to fulfil the promise of the UN Charter. In that world States would welcome the essential contribution of NGOs and respect their rights to participate in UN processes. We are currently far off that dream. The door to civil society is frequently closed. The UN misses out on key civil society expertise but we can change that. Upcoming elections to the Committee on NGOs offer that opportunity!

NGOs that seek to participate fully at the UN – making statements and organising events to highlight injustice and provide recommendations – have to get accredited.  The Committee on NGOs manages the process – as  the gateway for NGOs into the United Nations. If you’re a State with a mind to block NGOs, membership of the Committee is perfect. This is where you can sit and control who comes in. By asking questions of NGO applicants, members of the Committee can push their accreditation for many years.

Currently there are 41 organisations that have faced over four years of deferrals.  Two human rights organisations have been deferred for over ten years.  Some  NGOs  have also been accused by Committee members of having terrorist sympathies: baseless accusations against which the NGOs have been denied appeal.

In one short month there’s a chance to change things.

Elections to the Committee on NGOs will be held on 13 April 2022. The 54 members of the UN’s Economic and Social Council (ECOSOC) vote to fill the 19 seats on the Committee across all regional groups.

The UN is not an island. It is supposed to be representative of 'we the peoples'.

What do we need?

We need the UN to open the door to NGOs, to a diversity of alternative, independent and expert voices. We need a Committee on NGOs that actively supports civil society participation at the UN. For that to happen, we call on States to elect to stand up for civil society.

With the elections to the Committee on NGOs just one month away, we need:

We are working with partners globally to remind States of the indispensable role of civil society. We have profiled cases of NGOs that have faced prolonged deferrals to their applications by the Committee to show the UN what it is missing. We are reaching out to States at national level and internationally to encourage them to get active in ensuring the door to the UN is open to NGOs.

In these trying times, [civil society] passion, pressure and policy advice are needed more than ever.

If you are an NGO representative, you can engage with States on all the campaign objectives!

We’re aware that in attempting to engage with UN processes civil society members can face reprisals. If you are concerned about intimidation and reprisals for cooperating with the UN please check our Handbook on Reprisals for human rights defenders.

RMAAD: how denying their accreditation is a loss to countless global policy initiatives

The Network of Afro-Descendant Women from Latin America and the Diaspora (RMAAD) is a group seeking to create a space to help mobilise and empower women of African descent across the Americas. It is also one of over 40 NGOs that have faced over four years of deferrals by the NGO Committee. Every organisation that is arbitrarily denied accreditation is a loss to countless global policy initiatives.

How organisations like the GCHR are essential to the UN System

The Gulf Center for Human Rights protect human rights defenders in the Middle East. To achieve their objectives they engage and cooperate with the UN system. Their voices are essential and they help the UN to achieve its core values and mission.

IFEX is a network of over 100 organisations that advocates for the free expression, and it is one of the 41 organisations that have faced over four years of deferrals. Every organisation that is arbitrarily denied is a loss to countless global policy initiatives. Thanks to IFEX for providing this video to support ISHR's campaign for positive elections to the NGO Committee.

These are the States we understand are running:

Amongst these candidates are States that that are unqualified to be members of a UN committee handling accreditation for NGOs. 60% are countries considered to have ‘closed’ or ‘repressed’  CSO space as per the Civicus Monitor.

In addition, several have been members of the Committee for many terms. There is no term-limit. Russia has been a member without a break since the Committee was established in 1947. China, Sudan, India and Cuba, for example, have had a seat on the committee for more than 20 years.

Competition is key to make elections matter but so far only one group of States – Eastern European States – is running competitive slates.

The Committee on NGOs oversees the implementation of ECOSOC resolution 1996/31, which is the legal framework governing civil society participation in the work of the UN. The Committee is tasked with considering the applications of NGOs for consultative status with the UN, and makes recommendations to the Economic and Social Council (ECOSOC), which can accept or overturn a decision.

Consultative status provides NGOs with access to a range of fora at the UN, including the Human Rights Council, ECOSOC and its subsidiary bodies, UN conferences, and events organised by the President of the General Assembly.

Here’s a video on how the Committee on NGOs works.

ISHR works to facilitate the accreditation of human rights NGOs, in particular those dealing with sexual orientation and gender identity, women’s rights, reproductive rights, minority issues, and freedom of expression and association.

ISHR runs campaigns advocating for improvement in the functioning and membership of the Committee and for the accountability of its members to the principles of the UN Charter and ECOSOC Resolution 1996/31. We also provide strategic advice and support to NGOs seeking accreditation by the Committee on NGOs, and to NGOs subject to disciplinary sanctions by the Committee.

Elections to the UN NGOs Committee: why membership matters!

Check out our video that summarises why the elections of the Committee on NGOs is crucial to open the door to civil society.

The ECOSOC Committee on NGOs has adopted its report bringing the first session of 2022 to a close. The session saw heated exchanges around a vote to accredit 5 deferred NGOs a well as real consequences of under-resourcing of the NGO Branch. 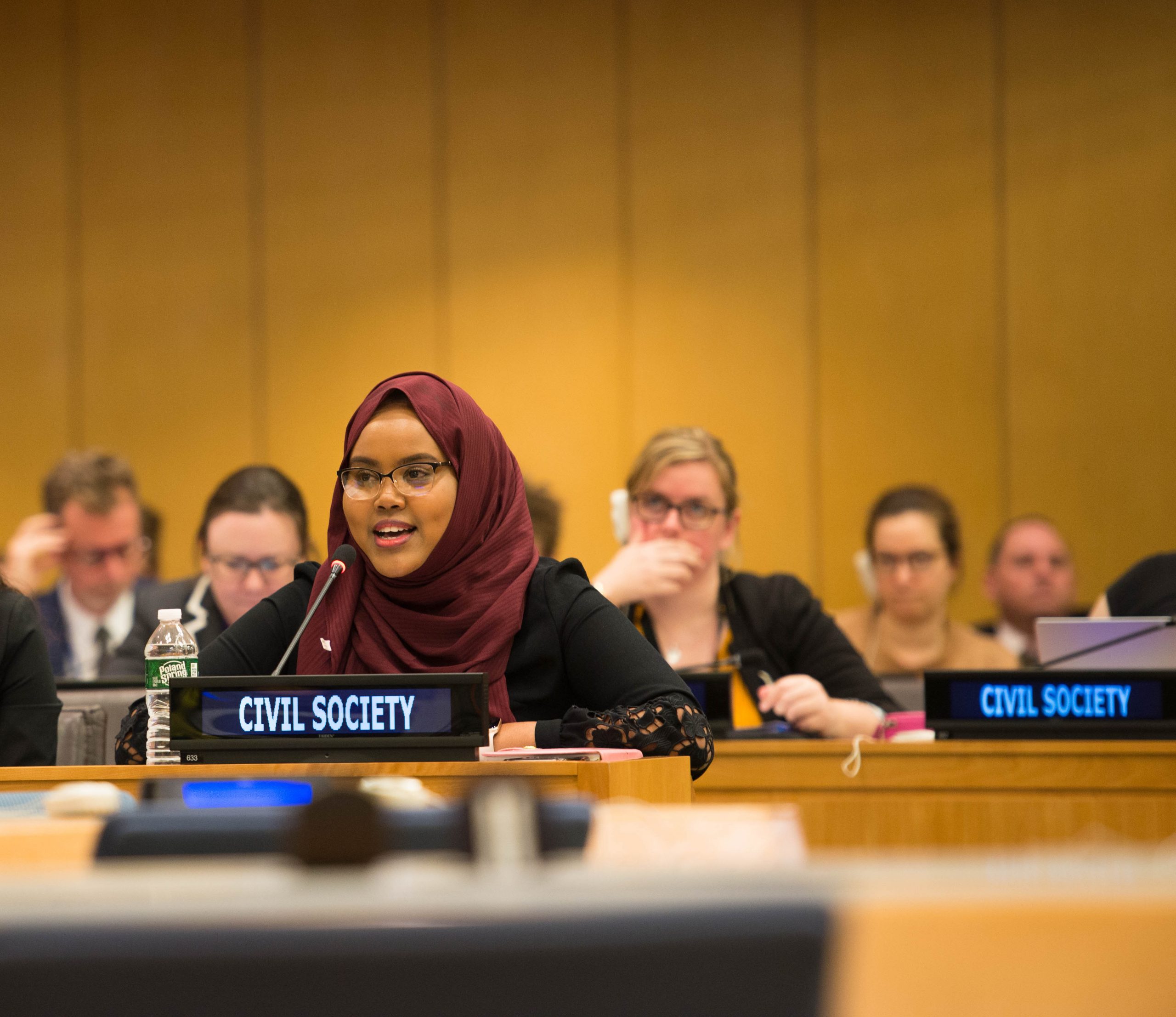 On Wednesday, 13 April, members of the United Nations Economic and Social Council (ECOSOC) elected 19 members to the UN Committee on NGOs, a body frequently criticised for restricting civil society participation at the UN. 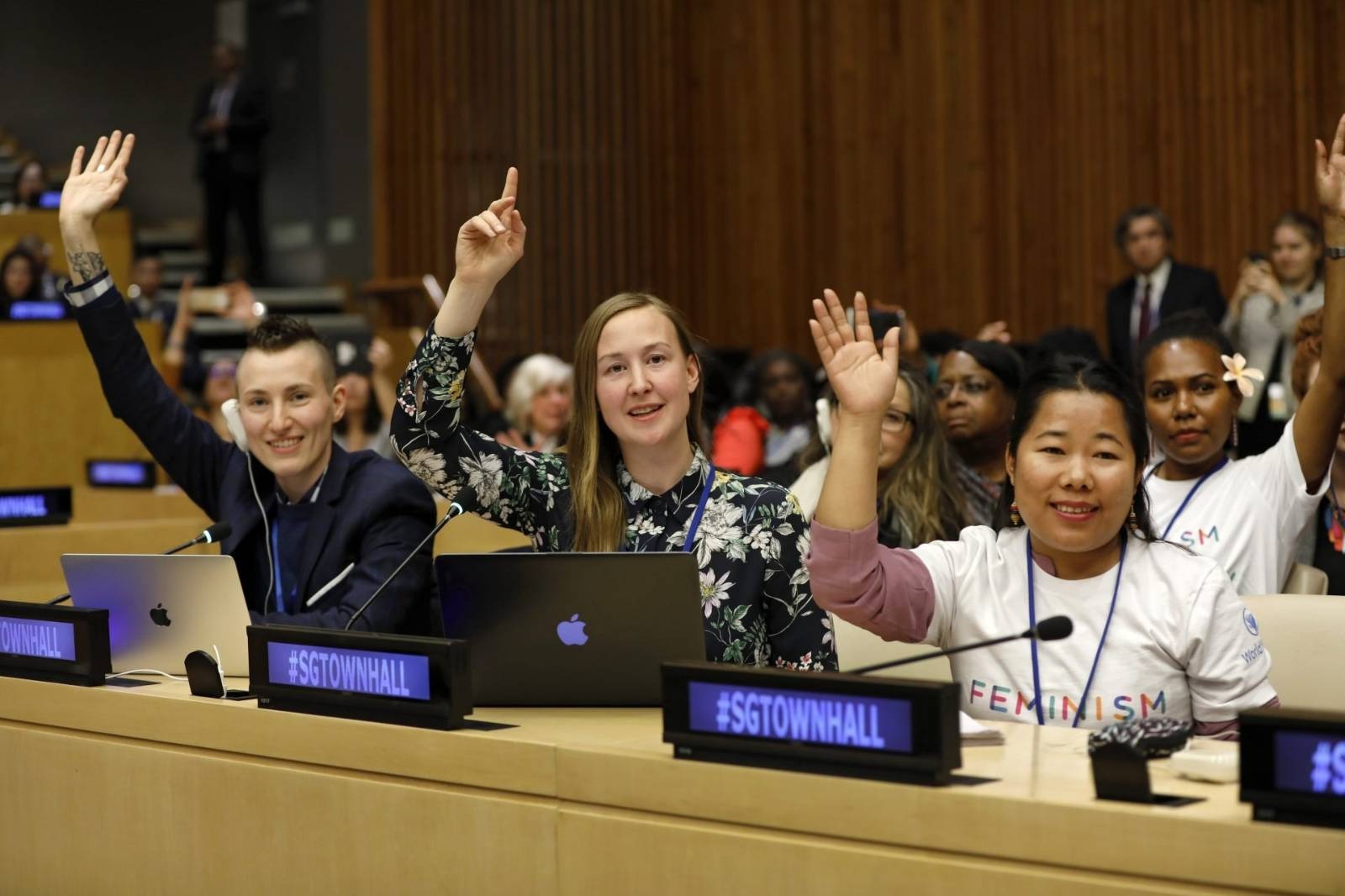 The elections to the Committee on NGOs are three weeks away.  We now know the full list of 20 candidates for membership. They include some of the most egregious human rights violators on the planet.  ECOSOC members should not give them their vote.  It is also not too late for better candidates to stand. 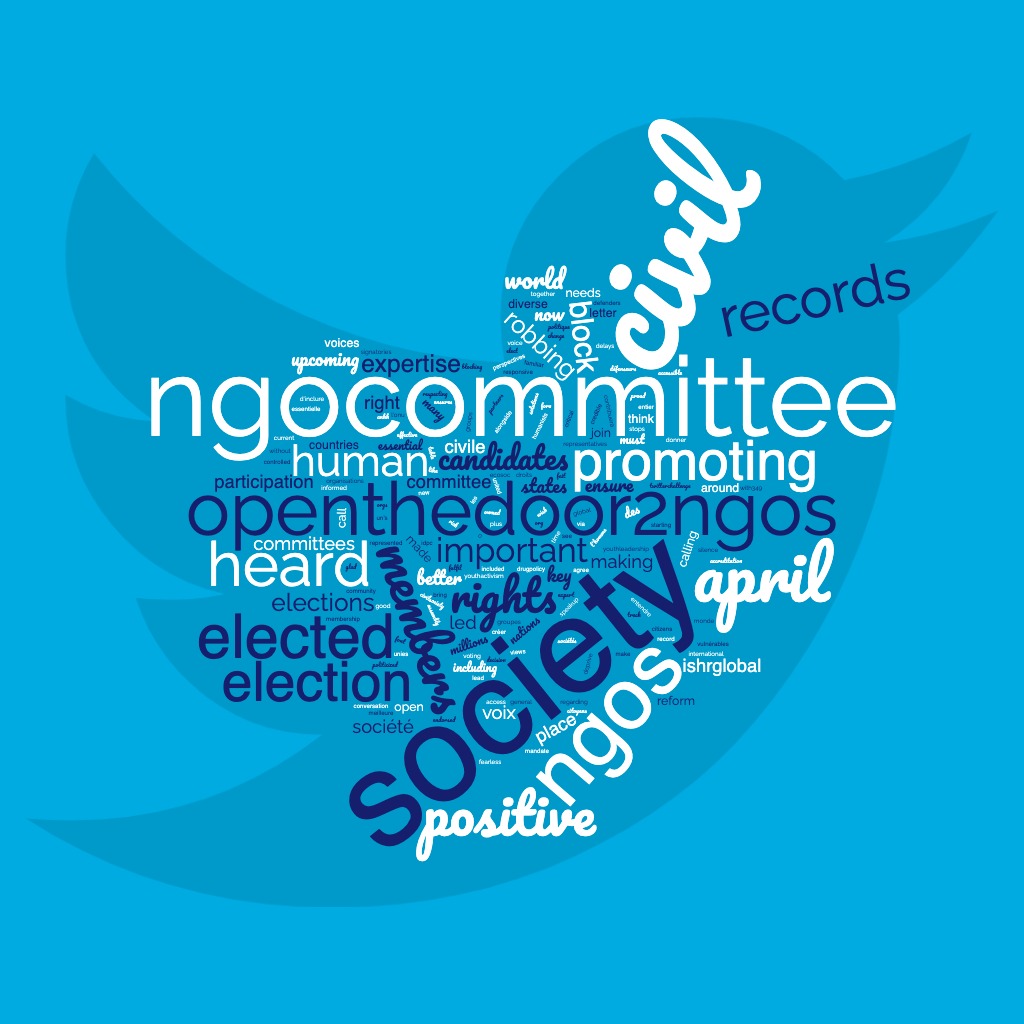 Voices from around the world took to Twitter to join the conversation about why civil society is so important to the UN and to demand that the UN #OpenTheDoorToNGOs. 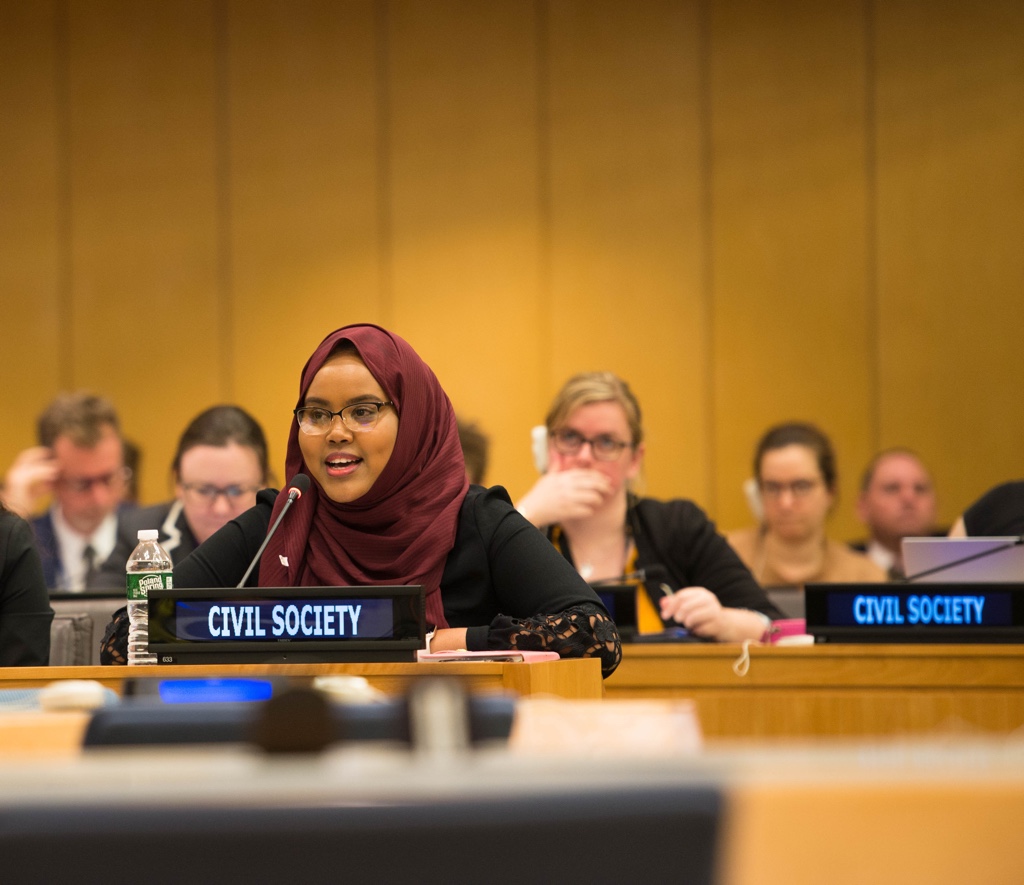 In April, elections will be held to the UN Committee on NGOs, a body mandated to accredit NGOs to the UN. 349 national, regional and international NGOs have called for States to take NGO participation seriously and vote accordingly. 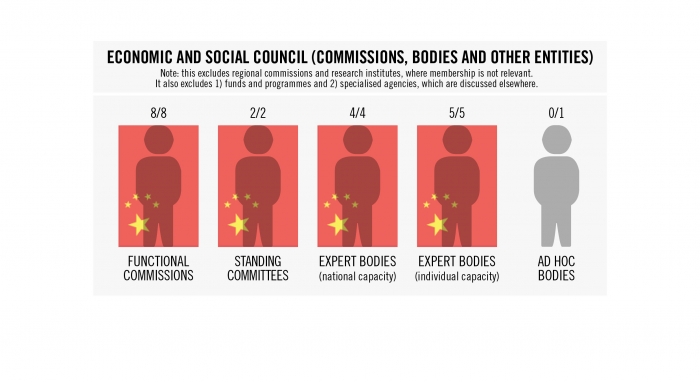 A new ISHR report maps China’s presence and influence in the UN economic and social affairs system, highlighting potential risks for civil society participation and the promotion and protection of human rights.

For any media request or any other enquiry, please contact:

Join our email list to keep updated on what's happening at the UN Committee for NGOs.