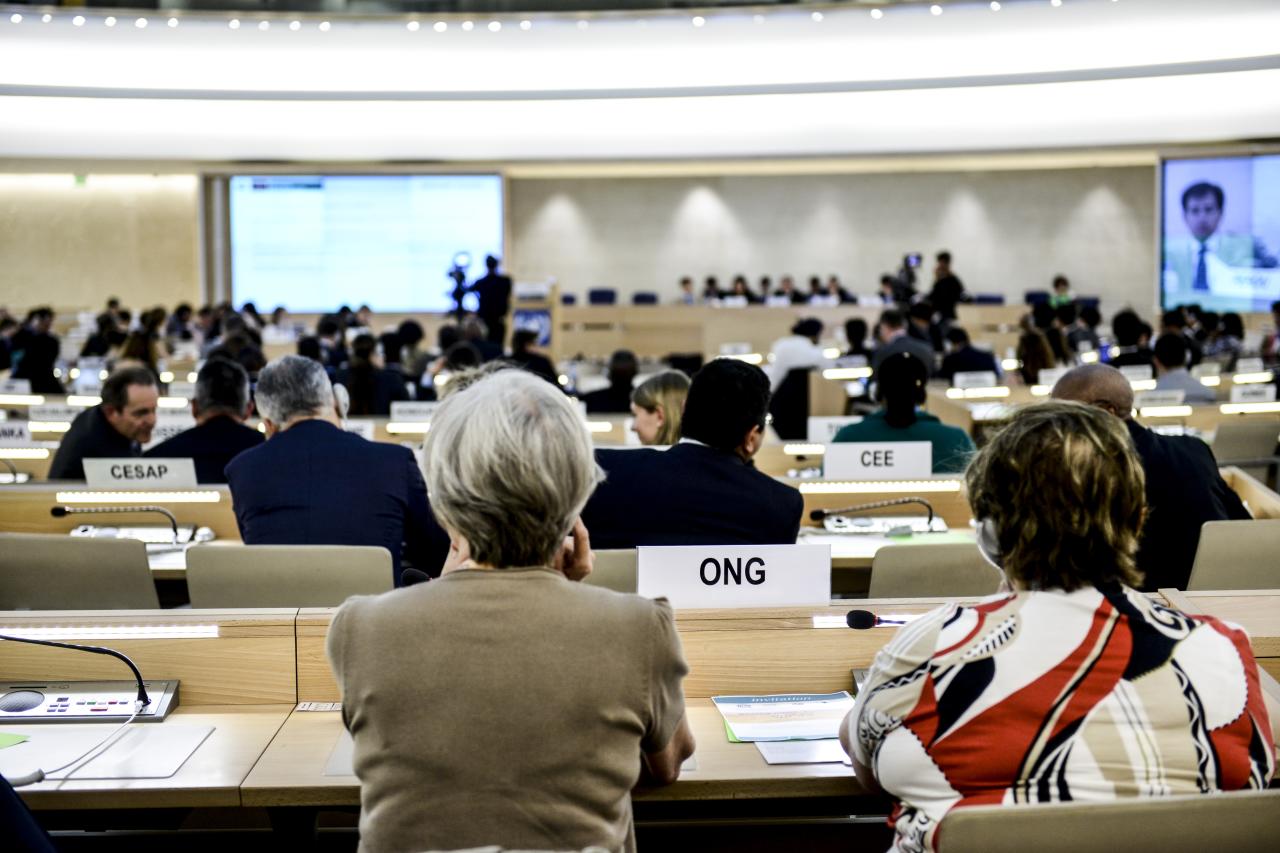 (New York) – In an unprecedented move, more than 230 non-governmental organisations (NGOs) from around the world have joined forces to defend freedom of association at the United Nations, calling on members of the UN’s Economic and Social Council to reform the practice of the Committee of NGOs and institute apolitical, fair and transparent consideration of NGO applications for consultative status.

The response has been sparked by the long-term practice of some States to delay or effectively block certain NGOs from participation at the UN, through perpetual questioning and multiple deferrals of applications for accreditation.

In doing so, the Economic and Social Council (ECOSOC) Committee on NGOs has turned what should be largely an administrative role into the obstruction of NGOs working on issues on which States disagree. Human rights organisations are amongst those facing the most obstacles.

In a letter to ECOSOC Member States, copying the presidents of the UN General Assembly and the Human Rights Council, as well as the UN Secretary-General, more than 230 national, regional and international NGOs have raised their concerns at the use of such procedural tactics.

The letter was timed to coincide with the second 2016 session of the ECOSOC Committee on NGOs at the UN Headquarters in New York, which started on 23 May and will run until 2 June.

ISHR’s Eleanor Openshaw said, ‘This is a powerful statement of concern by NGOs from around the world about restrictions to their participation in the UN and in solidarity with those whose participation is being restricted.’

The letter echoes the findings of the UN Special Rapporteur on the Rights to Freedom of Peaceful Assembly and Association Maina Kiai who, in his 2014 report to the UN General Assembly, criticised the Committee’s multiple deferrals and perpetual questioning of some applicant NGOs. He noted that ‘Member States and the UN have a legal obligation to strengthen civil society participation in the UN’.

One of the NGOs that has suffered such obstruction is the International Dalit Solidarity Network (IDSN), which has received 75 questions from one country – India – since 2008, each time with the effect of delaying their application for consultative status until the next session. The NGO’s application will come up for consideration by the Committee again this session.

Speaking of the experience and why the organisation continues to pursue accreditation, ISDN Executive Director Rikke Nöhrlind noted the huge importance to NGOs of being granted access to participate in UN discussions.

‘For eight years, we have been barred from freely associating with the UN. With ECOSOC status, we can present statements, get accreditation for our group, for example to the Human Rights Council, and organise side-events at UN fora. Without it, opportunities to discuss the impact of and solutions to the horrific human rights and development challenges brought about by caste discrimination will be lost,’ she said.

Eleanor Openshaw says the practices of the Committee hit a new low at its most recent session, in January 2016, when it allowed accusations to be made against an NGO during the session without allowing the NGO to respond. ‘In so doing, the Committee allowed for an NGO to be defamed and then silenced, in violation of the fundamental principles of freedom of expression, association and due process that should guide the Committee’s work.’

On 24 May, at the start of the day’s session of the Committee, the United States requested that the floor be given to one member of civil society to address the Committee. A protracted and tense back-and-forth ensued between members of the Committee regarding the right of NGOs to speak during its sessions.

In the end, ISHR delivered a statement about the joint NGO letter to Members of ECOSOC, highlighting widespread NGO concerns regarding the practices of the Committee on NGOs.

The European Union made a statement in favour of participation of NGOs; while Ambassador of the United Kingdom Martin Shearman commented that the extent to which States spoke of procedure rather than the substance of the concerns expressed by the 230 NGOs in their letter simply made evident the concerns the NGOs expressed.

Several States indicated they would appreciate greater guidance from the Secretariat in regard to the criteria by which they could assess applications for ECOSOC accreditation. In a positive move, Pakistan said it saw there could be value in video messaging from NGOs who are unable to travel to New York to support their application for consultative status in person.

The room in which the NGO Committee met was filled with NGO representatives keen to demonstrate their concerns about the practices of the NGO Committee. Observer States were also in greater attendance at this session indicating an increased awareness of these concerns, and greater support for NGO applicants from their jurisdictions.

Concluding her statement to the NGO Committee, Eleanor Openshaw noted, ‘Unfortunately, in too many instances the Committee is reflective of the growing restrictions on civil society at the very time restrictions at the national level make access to the UN all the more crucial.’

‘We request that the Committee redouble its efforts to promote a safe, transparent and enabling environment for civil society at the UN. By fostering such an environment, the UN can take full advantage of the particular expertise and insights provided by NGOs and enhance the legitimacy and credibility of its own work.’

The ECOSOC Committee on NGOs is a key gateway for NGOs into the UN. The Committee recommends consultative status for NGO applicants.

With consultative status, NGOs have access to a range of UN bodies and processes, most particularly at the Human Rights Council in Geneva where accredited NGOs can deliver oral and written statements and organise side events to present alternative narratives to those of States.