There cannot be rule of law without free and empowered lawyers; this is true anywhere, including in the People’s Republic of China. Yet, five years after the 2015 ‘709 Crackdown’, Chinese weiquan (‘rights defence’) lawyers still face a range of restrictions and rights violations aimed at silencing their calls for justice and reform, and barring them from defending victims in court.

Disbarment, secret detention, disappearances, harassment of relatives, stigmatisation: persecution against human rights lawyers in China has changed in form but not in its scale or scope. UN human rights experts and a number of States have reiterated serious concerns and calls for the immediate release of jailed lawyers, but are met with blunt dismissal by a Government merely interested by its own version of ‘rule by law’.

To recognise what has now become known as ‘China Human Rights Lawyers Day’, ISHR releases a bilingual information flyer on the patterns of repression against Chinese human rights lawyers, and outlines action points for States to step up support to the lawyers’ community.

Lawyer Xie Yanyi, who himself was targeted during the crackdown, reminded us yesterday that ‘righteouness and conscience are invincible‘. These must also be the principles underpinning a stronger response by the international community to the plight of the foremost defenders of rule of law in China.

The information flyer below can also be downloaded here in English and Chinese.

Want to let others know about this? 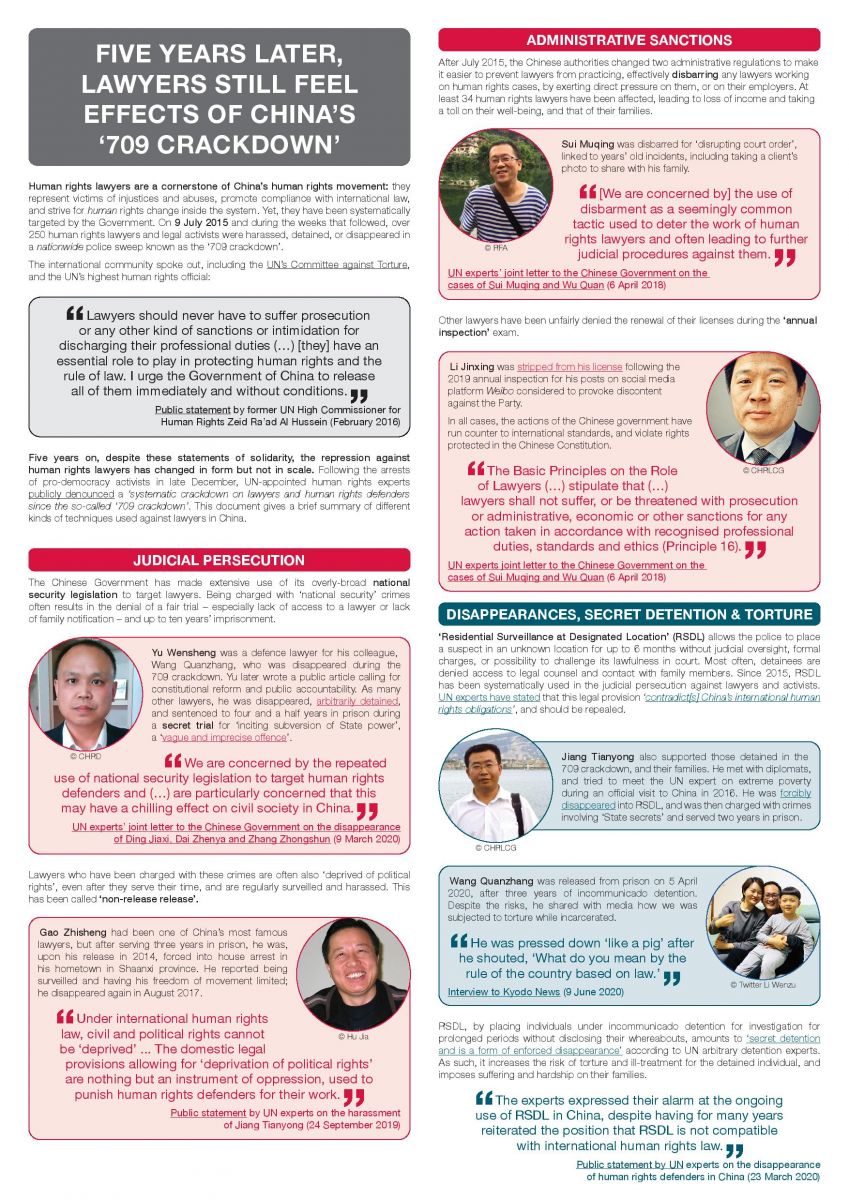 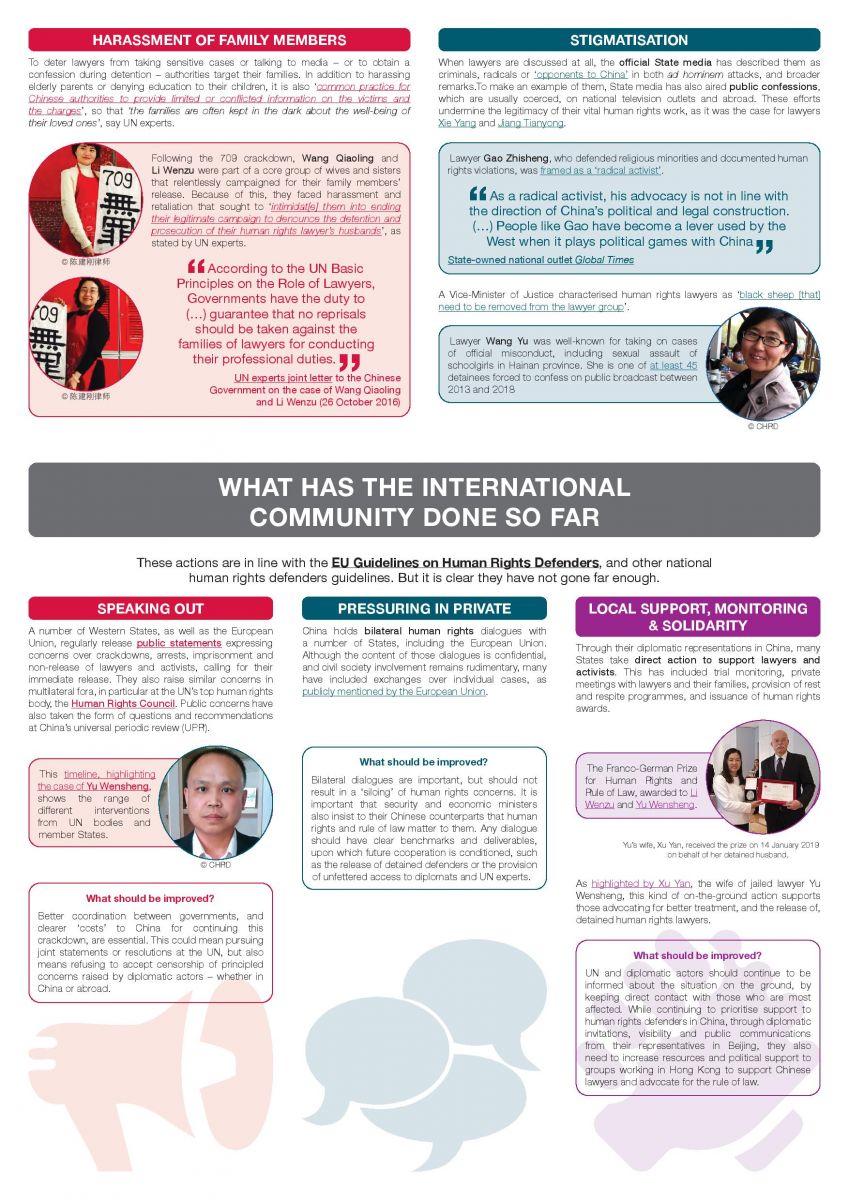 This week sees closing arguments presented in a case that offers a historic opportunity for the Inter-American Court of Human Rights to rule on attacks, illegal surveillance and the use of technology against human rights defenders.

The post of High Commissioner requires a mandate holder who is principled, independent, expert, and deeply committed to human rights.

The 71st online session of the African Commission on Human and Peoples' Rights was held between 21 April and 13 May 2022. This session addressed the impact of crises on the achievement of human rights on the continent and post-Covid-19 reconstruction.