In China, brave activists are trying to improve the daily life of their fellow citizens and defend their rights to speak freely, to be treated on an equal footing with others, to protest peacefully, or to practice a religion. But the Chinese government fears that their actions will challenge its power and that their criticisms will undermine it. Like the Uyghur and Tibetan peoples, many who stand up for human rights are repressed and silenced, and the authorities have found a very effective way to do that: they disappear them.

Since 2012, China’s rubber-stamp legislative body passed and amended several articles in its Criminal Procedure Law that give police the power to take people into custody without disclosing where they will be held: this is called ‘Residential Surveillance at a Designated Location’. When this happens, people are denied all contact with the outside world, even with their family or a lawyer, for up to six months. No one knows where they are. They are interrogated and often tortured to extract confessions. Meanwhile, despite the barriers and risks they have to overcome, their families persist in seeking knowledge about their loved one’s fate and justice for what they suffered.

Many human rights activists have stopped promoting dignity, peace and justice in their communities because they fear to be disappeared by the police. This practice – enforced disappearance – is absolutely wrong and prohibited under international law. Everyone should be able to speak their mind and participate in the life of their communities. 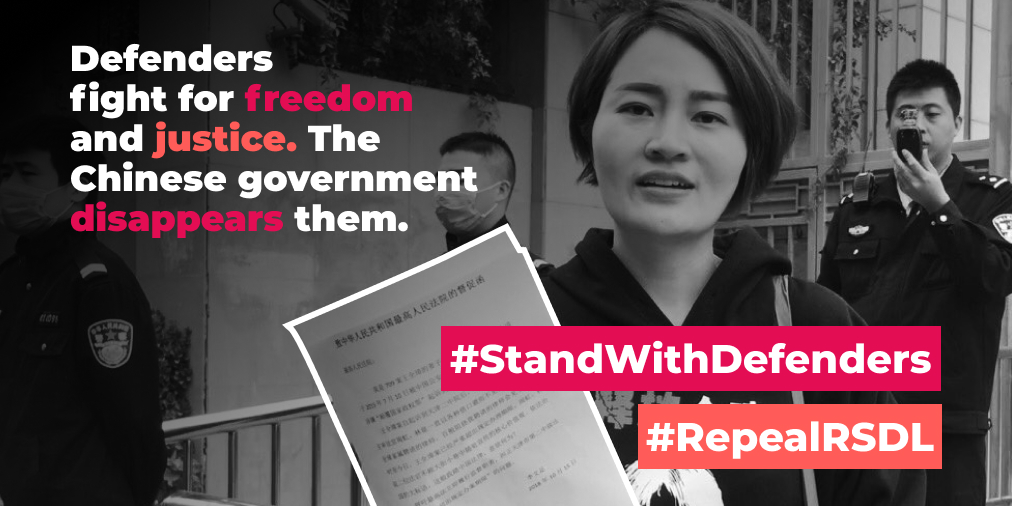 We want the Chinese government to review article 75 of China’s Criminal Procedure Law and repeal RSDL.  We want human rights defenders who have been subjected to RSDL and then arbitrarily and unfairly detained to be promptly released. We want truth and justice for victims. 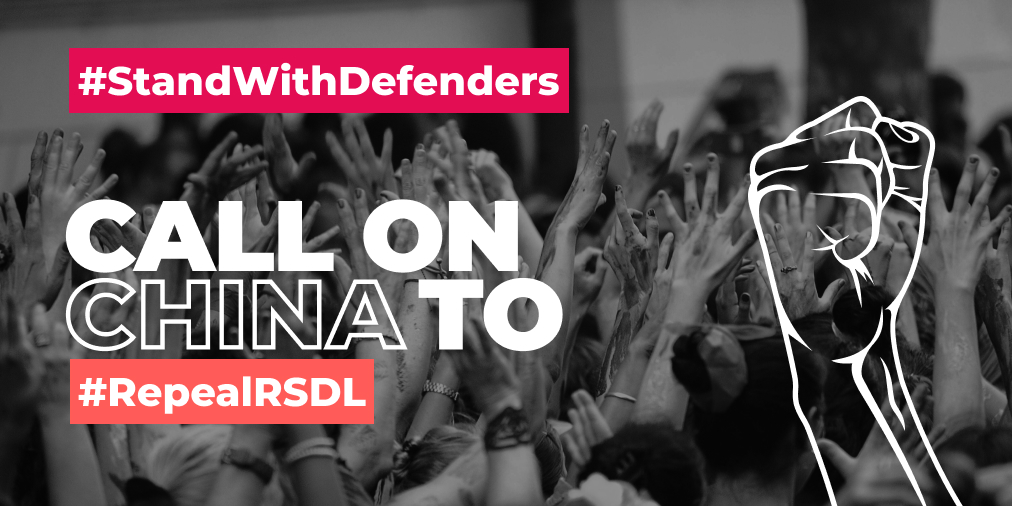 We are working hard to:

30 August will mark the International Day of Victims of Enforced Disappearance. Follow us on social media @ishrglobal and share our content with #EndDisappearances and #RepealRSDL to show your solidarity with human rights defenders.

You can also raise awareness! Check out the informational and communication material in our ‘Campaign Toolbox’, and share it with your country’s ministry of foreign affairs, a journalist you know, your friends or your social media followers – and remember to tag @ISHRglobal, and #StandWithDefenders #RepealRSDL.

Download our Campaign Toolkit to understand at a glance why RSDL is a serious human rights violation, and to help us raise awareness about this important issue around you (a friend, a journalist you know, your social media followers). 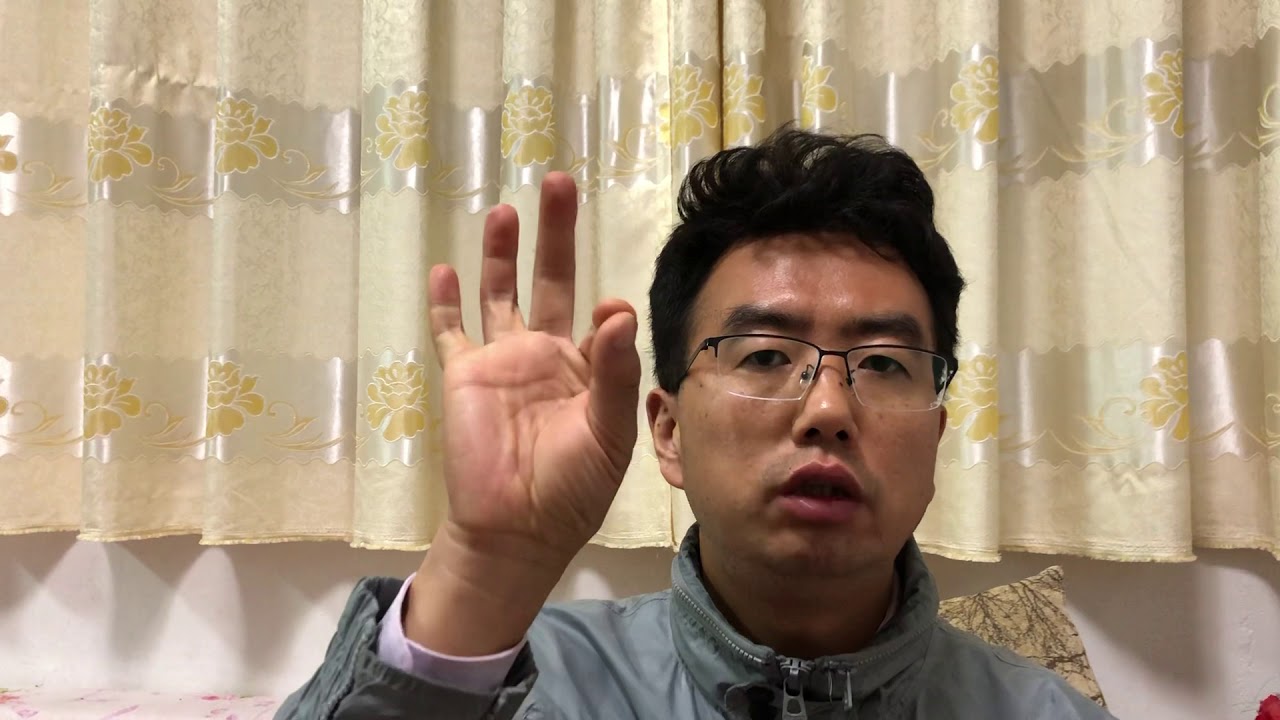 Chang Weiping is a human rights lawyer who defends the exercise of free speech and religious freedom, as well as the rights of people facing discrimination because of their health status, sex, gender identity and sexual orientation, by providing them with pro bono counsel. He has also helped other activists facing judicial harassment for the legitimate exercise of their human rights. On January 12, 2020, he was placed under RSDL by police from Baoji City for 'endangering national security', after attending an informal gathering of human rights lawyers and citizens in Xiamen a month earlier. He was released ten days later on 'bail pending trial.' In October 2020, after months of constant police intimidation and restricted movement, he denounced the torture he had been subjected to under RSDL in a video posted on YouTube. In late 2020, judicial authorities in Baoji City suspended his lawyer's license. He was disappeared under RSDL on 22 October 2020. 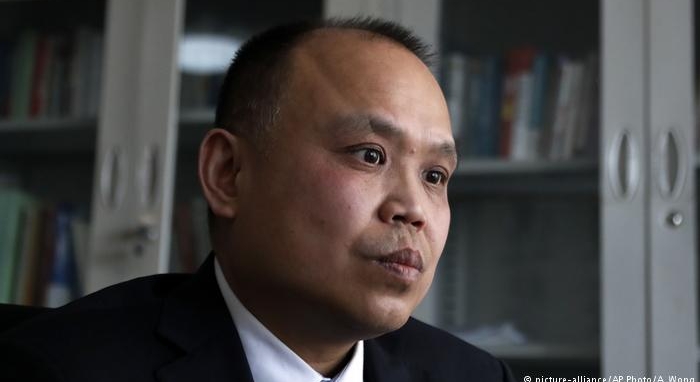 A Laureate of the 2021 Martin Ennals Award, Yu Wensheng is a leading figure among human rights lawyers in China. He has fearlessly taken on a number of sensitive cases and issues, joining litigations on air pollution and advocating for a constitutional government.

For this, the authorities revoked his legal license on 16 January, 2018. Three days later, he was forcibly disappeared, a day after publishing an open letter calling for constitutional reform. He was held under RSDL, and put on trial in secret on 9 May 2019, but his wife, Xu Yan, was only informed of his four-years jail sentence in June 2020.

After much pressure from international civil society, Yu Wensheng was able to leave Nanjing Prison on 1 March 2022 and reunite with his family in Beijing upon completion of his prison sentence for ‘inciting subversion of State power’. 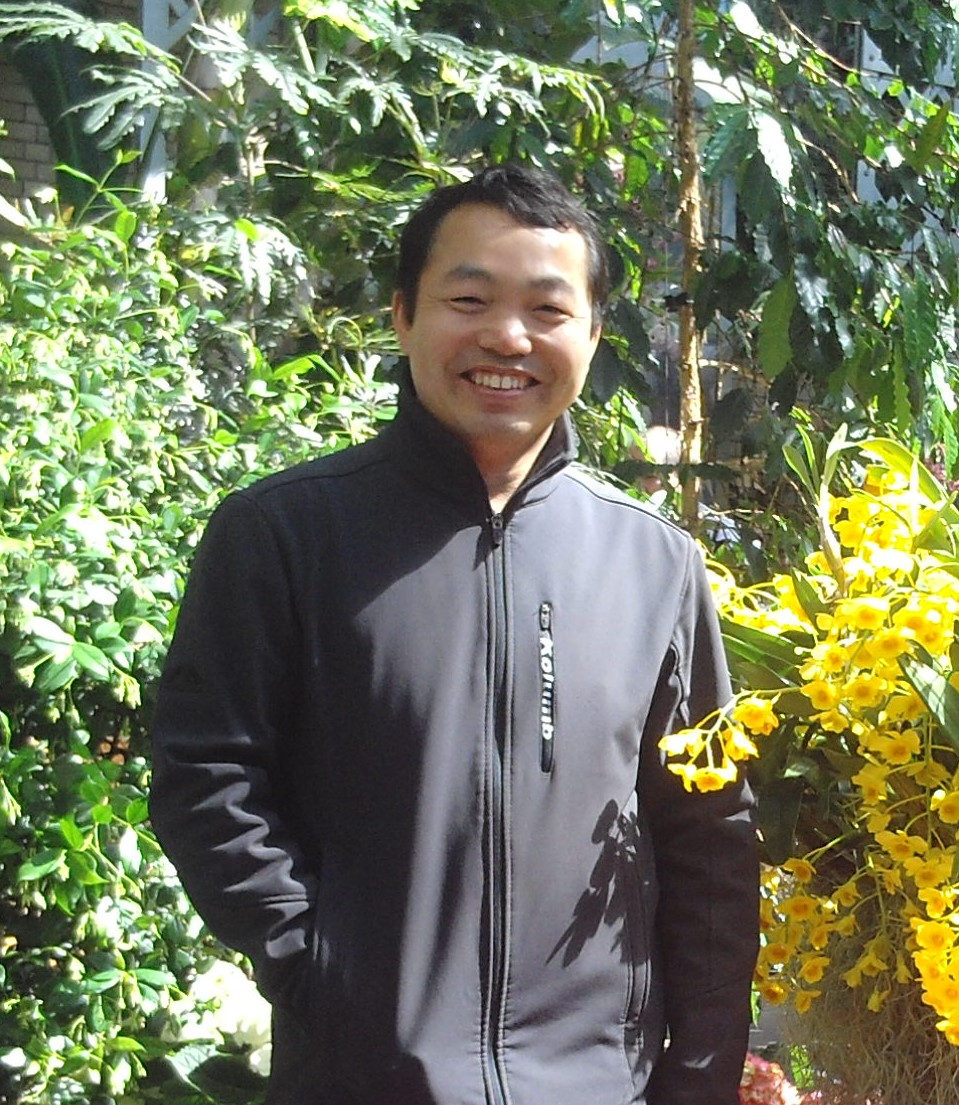 Ding Jiaxi is a prominent Chinese human rights activist and lawyer. In December 2019, the authorities disappeared him under China’s system of RSDL. For 6 months, no one knew where Ding was or what had happened. According to his testimonies, the police tortured him during his detention. In June 2020, he reappeared in the city of Linyi, where he was formally arrested and later indicted on charges of ‘subversion of State power.’ Only then was he allowed to see a lawyer. However, his lawyer has not been granted full access to the case files or able to freely meet with him. Ding has not been allowed to see or talk to his loved ones since 2019. His detention conditions are very poor and his health is deteriorating. His trial got postponed repeatedly without clear reasons. Ding was secretly tried on 24 June 2022 but the verdict is still pending.

In 2012 China amended its Criminal Procedure Law, including a new provision in Article 73 that allowed for a practice called ‘Residential surveillance at a designated location’ (known in short as RSDL) – now corresponding to Article 75 under the Law’s 2018 revision.

This provision authorised holding someone in custody – prior to arrest – for up to 6 months in any location or building chosen by the police, without a need to disclose such location, and with very limited due process and possibilities for judicial review.

For many lawyers, this provision only legalised an existing practice of police interrogation in ‘illegal’ locations (hotels, restaurants, disaffected buildings, etc): by giving it a semblance of legality, any information obtained in such locations could now be used in court. However, putting it into Chinese national law doesn’t mean it is lawful under international law!

According to international human rights standards, as repeatedly stated by UN independent experts: placing individuals under incommunicado detention + for investigation + for prolonged periods + without disclosing their whereabouts = secret detention  = a form of enforced disappearance.

According to Safeguards Defenders:

In August 2018, a group of 10 UN human rights experts wrote a long letter to the Chinese government inquiring about the legal provisions allowing for RSDL. They had received information that China’s legislative body, the National People’s Congress, would be revising again the Criminal Procedure Law, and that civil society groups and Chinese lawyers had great concerns with Article 73 allowing for RSDL. The experts studied the law as a whole – in particular Article 73 – and explained the ways in which it did not meet international standards, including the human rights treaties that China had itself ratified.

Based on the information they had received, their knowledge of the situation in China, and their expertise in international human rights standards, the UN experts made a series of clear conclusions about RSDL, both in its legal definition, and actual use. They assert that RSDL:

In a nutshell: by enacting and making use of RSDL, China is failing to meet its binding international law obligations.

In a March 2020 public statement, a group of experts including the UN’s Working Group on Enforced or Involuntary Disappearances ‘ (WGEID) expressed their alarm at the ongoing use of RSDL in China, despite having for many years reiterated the position that RSDL is not compatible with international human rights law. As a form of enforced disappearance, RSDL allows authorities to circumvent ordinary processes provided for by the criminal law, and detain individuals in an undisclosed location for up to six months, without trial or access to a lawyer. This puts individuals at heightened risk of torture, inhuman or degrading treatment or punishment.‘

In a September 2021 legal opinion on the cases of Zhang Zhan, Chen Mei, and Cai Wei, another group of UN independent experts – the Working Group on Arbitrary Detention (WGAD) – ‘calls upon the Government to repeal the provisions governing RSDL’. They recall concerns they have repeatedly expressed with other UN experts, that RSDL:

In its 2021 annual report, the WGEID noted that the Chinese government has still – after more than seven years – failed to positively respond to their request to visit the country; at the same time, the number of outstanding cases of enforced disappearances taken on by the Working Group increased by over 40% between 2018 and 2019 reporting periods, from 68 to 98.

During China’s 2015 review by the Committee Against Torture (CAT), the Committee had expressed ‘grave concern’ over RSDL. It recommended that China:

The CAT is the independent expert committee tasked with reviewing countries’ implementation of the Convention Against Torture.

It is still awaiting the Chinese government’s periodic report, due since 9 December 2019, in order to resume China’s review.

We’ve asked Chinese lawyers what they think of RSDL. Check out our series on Chinese human rights lawyers’ essays below:

Our campaign has appeared in several international media: 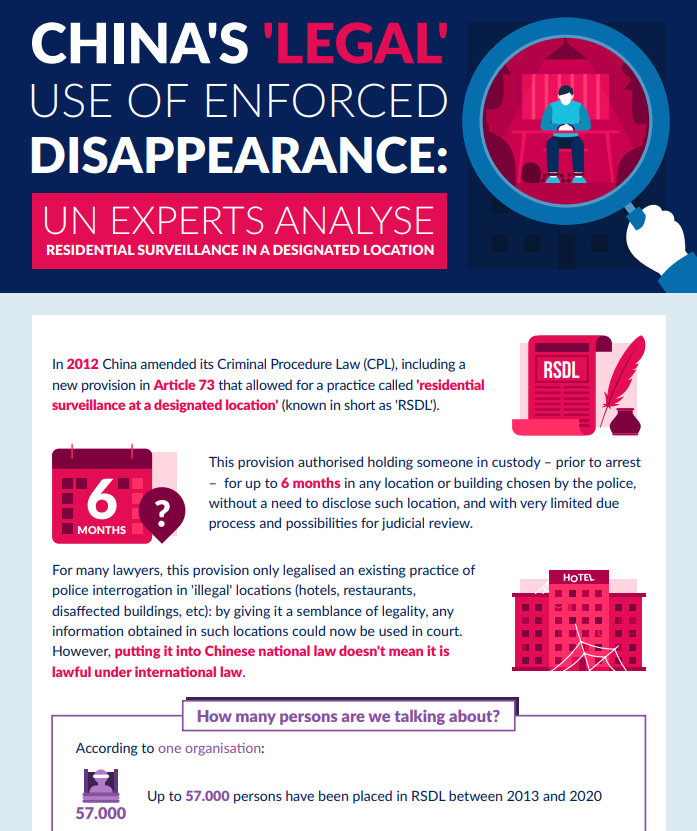 In August 2018, a group of 10 UN human rights experts wrote a long letter to the Chinese government inquiring about the legal provisions allowing for RSDL. This infographic explains and summarises the findings of the UN experts. 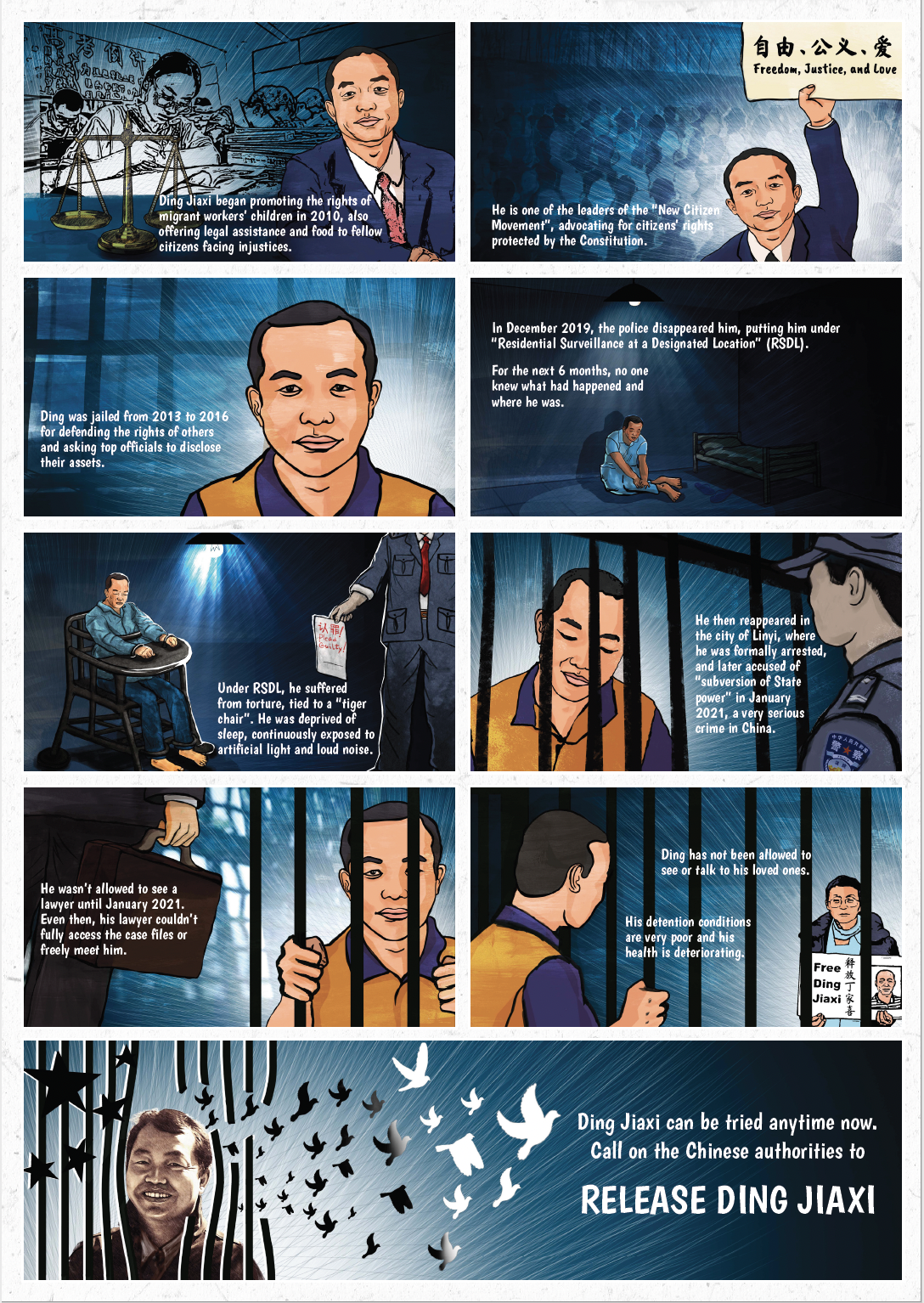 Ding Jiaxi is a prominent Chinese human rights activist and lawyer. His story exemplifies how Chinese authorities apply the system of 'Residential Surveillance at a Designated Location’ (RSDL) to silence activists. ISHR has worked together with Sophie Luo (Ding Jiaxi's wife) and Uyghur artist Yette Su to illustrate his story. We hope this can help to raise awareness on his case and on the necessity for China to #RepealRSDL. 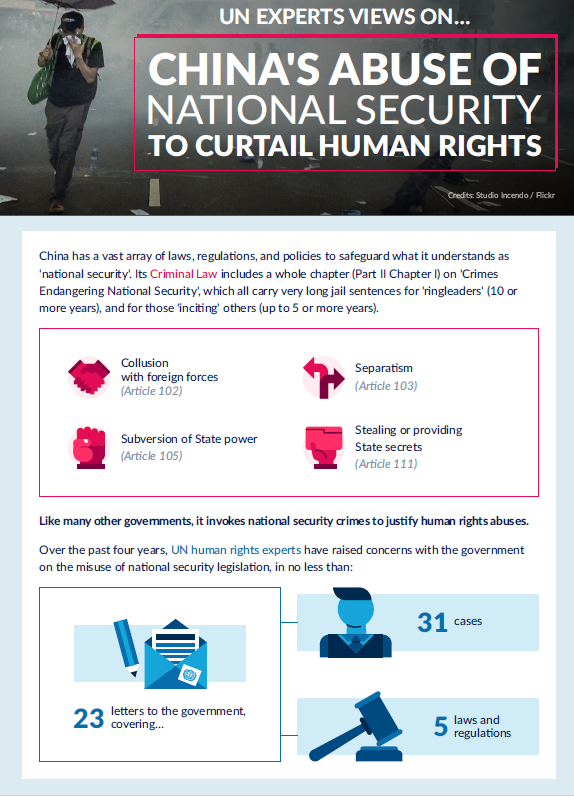 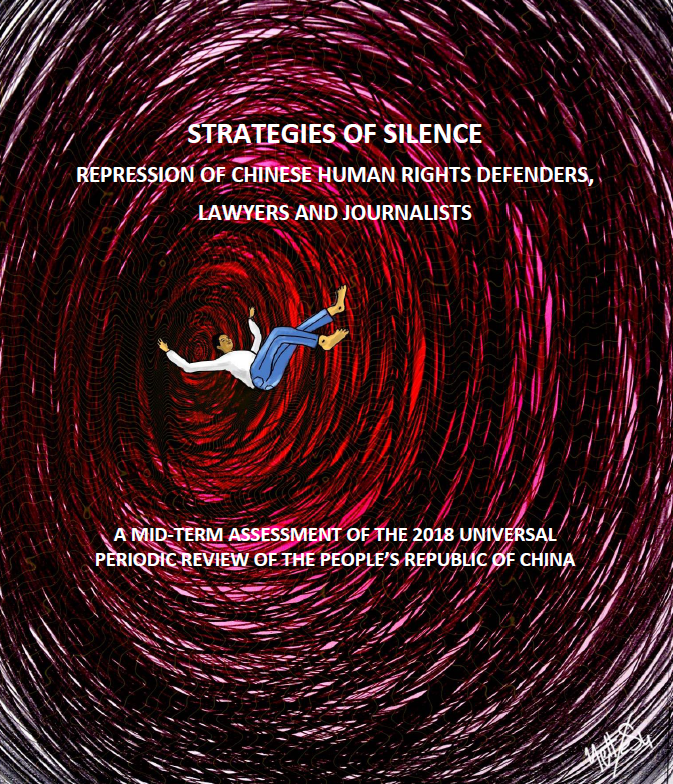 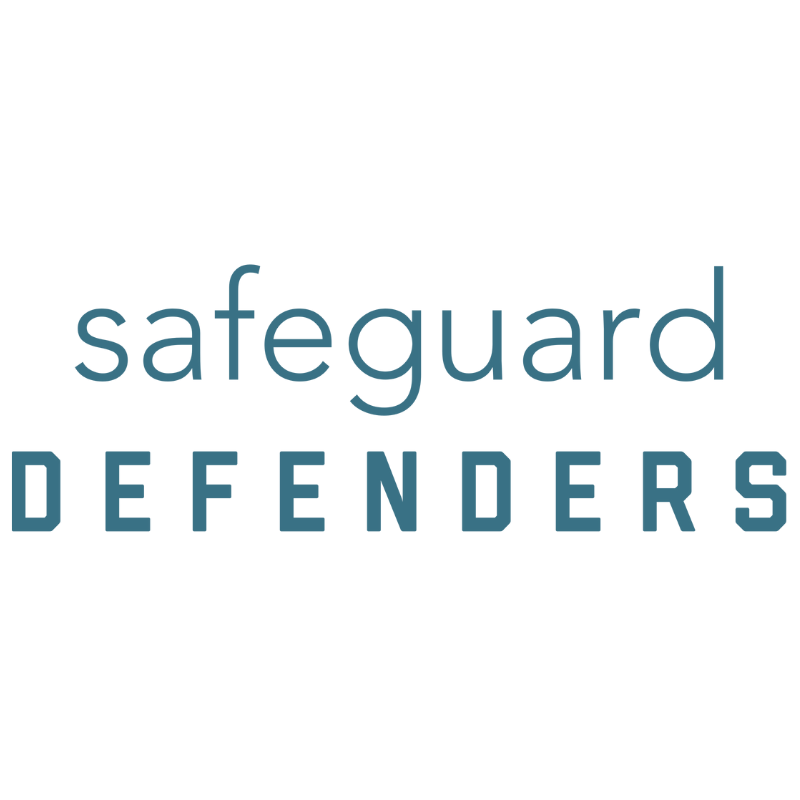 Safeguard Defenders (SD) is a human rights NGO founded in 2016. It undertakes and supports local field activities that contribute to the protection of basic rights, promote the rule of law and enhance the ability of local civil society and human rights defenders in some of the most hostile environments in Asia. Safeguard Defenders also works to counter attempts by China to undermine international rule of law and the law-based order. 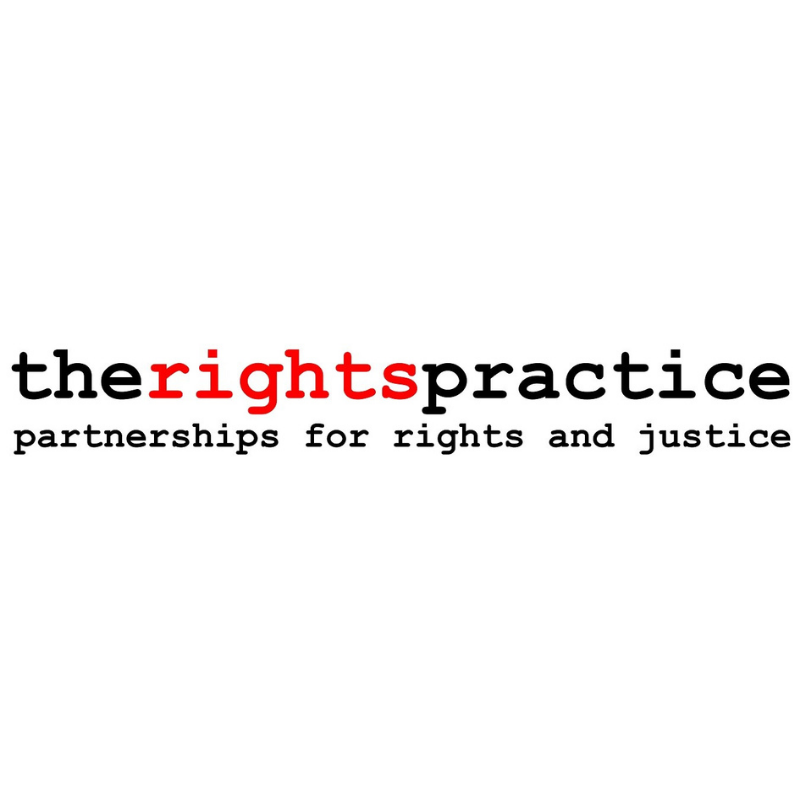 The Rights Practice is a charity based in London. We aim to support those working for human rights in Asia, and especially in China. Our work focuses on issues including fair trial rights, deprivation of liberty and the death penalty. 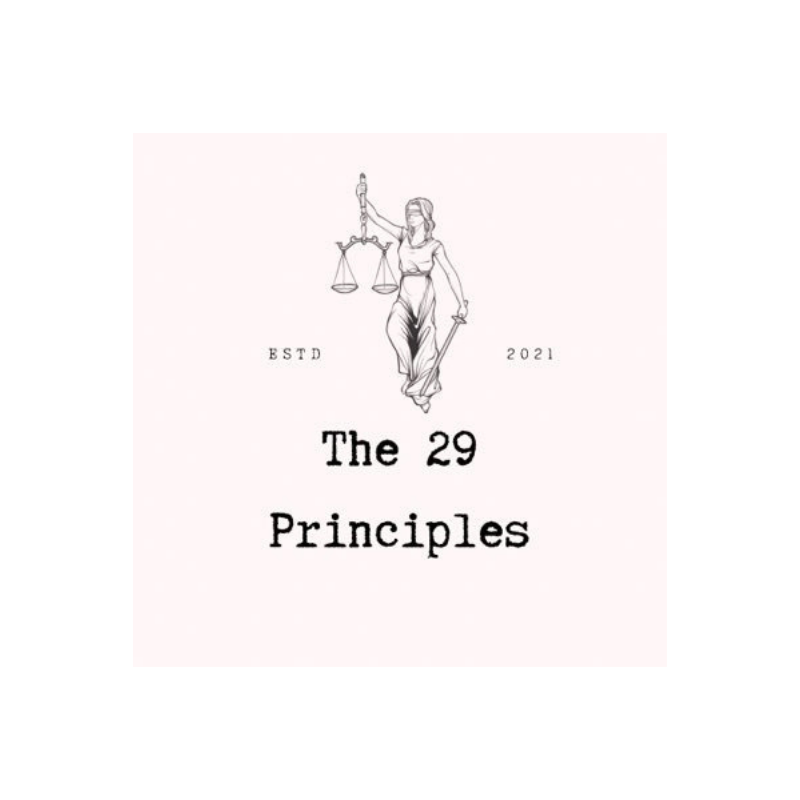 The 29 Principles (which is literally based on the UN Basic Principles on the Role of Lawyers) is a recently established organisation in the UK which aims to provide support to human rights lawyers through international advocacy and other efforts. The initial focus is on lawyers in China. We are inviting lawyers in the UK and Europe to join us to support our cause. 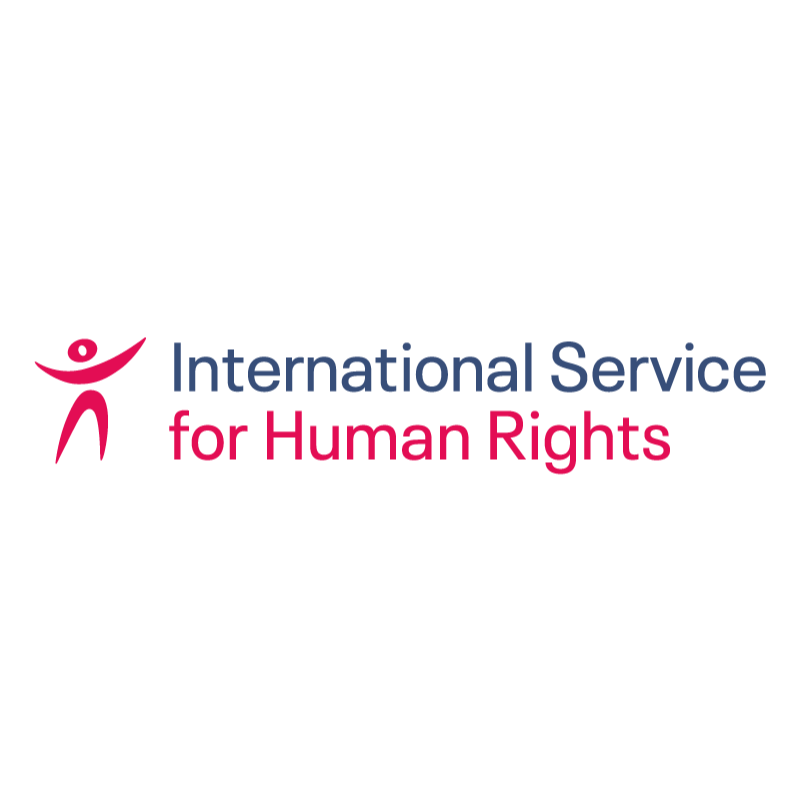 The International Service for Human Rights

The International Service for Human Rights