This year, three outstanding human rights defenders based in authoritarian States were nominated for the 2021 Martin Ennals Award for Human Rights Defenders. Laureate Yu Wensheng (China) and co-Finalists Loujain AlHathloul (Saudi Arabia) and Soltan Achilova (Turkmenistan) distinguish themselves by their bravery and deep commitment to human rights, despite the many attempts to silence them by their authoritarian governments.

Yu Wensheng is a human rights lawyer in China who drew the ire of government authorities by defending other lawyers detained in the 709 crackdown and calling for constitutional reform.

“Lawyer Yu is not someone who can sit quietly with injustice," said Sarah M. Brooks, programme director at ISHR. "To him, human rights aren't just a matter for the courts, but something each and every citizen should be engaged in as part of creating a force for positive change.” 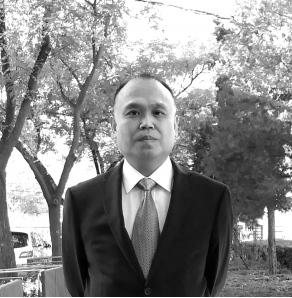 Yu is detained since 2018; he has been harassed, disbarred, and convicted in secret for inciting subversion against State power. Reports also say that while in custody, Yu has been tortured and is denied medical care. In December 2020, a regional Court of Jiangsu province upheld an appeal against his four-year prison sentence. He has now been sent to Nanjing prison, 1045 Km away from his family who could recently briefly talk to him via videoconference.

His wife, Xu Yan, welcomed Yu’s nomination to the Martin Ennals Award: “It is an honor for my husband, but also an encouragement to all Chinese human rights defenders to pursue their work despite the hardships”, she said. Xu Yan keeps relentlessly fighting for her husband’s freedom while his health is failing behind bars: “My husband always helped others and defended the rule of law. He was never guilty and should be acquitted immediately”.

“Although Lawyer Yu can't speak out now, awarding him the Martin Ennals gives visibility to the family and community, in and outside China, who have supported him every day for the last three years," said Sarah M. Brooks. "Their letters, solidarity campaigns, legal challenges, birthday cakes - and above all, their persistence - are a testament to his legacy.”

“The Martin Ennals award is symbolic not just because it recognises Yu Wensheng's struggle, but also because it highlights how critical the role of committed lawyers is in building a movement to uphold dignity, ensure equality and give everyone in society a fair say in their future,” said Phil Lynch, executive director of ISHR. "This decision also puts the Chinese government on notice that unjustly imprisoning Yu Wensheng - or Xu Zhiyong, Ding Jiaxi, Li Yuhan or any other human rights defender - will not go ignored, and that it will not silence their voices.”

Last January 2020, ISHR marked the two years since lawyer Yu Wensheng's disappearance by releasing a timeline of UN and diplomatic action to call for release and to support his family. 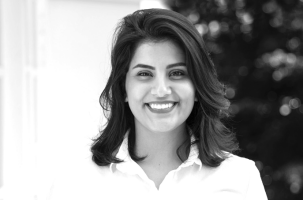 Loujain AlHathloul is a leading women’s rights defender, who fiercely advocated for the Women to drive movement and for the end of the male guardianship system in Saudi Arabia. She was imprisoned in 2018 because of her work. Tortured, denied medical care, and subjected to solitary confinement, Loujain was sentenced to 5 years and 8 months in prison on 28 December 2020. Although she was finally released yesterday on 10 February, she is not free and her family keeps fighting for Loujain’s release to be unconditional. “A five-year travel ban, three years of probation and a life-long labeling as a terrorist: this is not freedom! Loujain and all other women human rights defenders in Saudi Arabia should be released unconditionally”, urges her sister Lina AlHathloul. 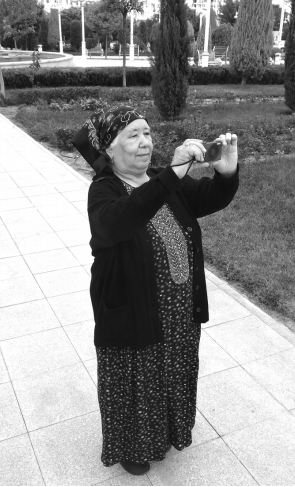 Soltan Achilova is an independent reporter documenting human rights violations in Turkmenistan. Despite threats, surveillance and harassment, she denounces those abuses and reports on rampant COVID infections, endemic food insecurity and forced evictions. Due to her 71 years of age and health issues, Soltan has often thought of giving up her work, but “someone must tell the world about what’s really going on in Turkmenistan”, she believes.

ISHR welcomes the Council’s historic consensus decision, led by the Africa Group, to adopt a resolution mandating an independent international expert mechanism to address systemic racism and to promote racial justice and equality for Africans and people of African descent. The adoption of this resolution is testament to the resilience, bravery and commitment of victims, their families, their representatives and anti-racism defenders globally.

At the 47th session of the Human Rights Council, ISHR along with the Informal Sector Service Center presented a joint statement in Nepal’s Universal Periodic Review expressing concern about the situation of human rights defenders in the country.

Faced with the appropriation of their name, Peruvian NGO Madres en Acción is pushing back, filing a legal action to recover it. In an amicus brief in support of the action, ISHR argues that trademark law is being used to attack defenders and this must stop.